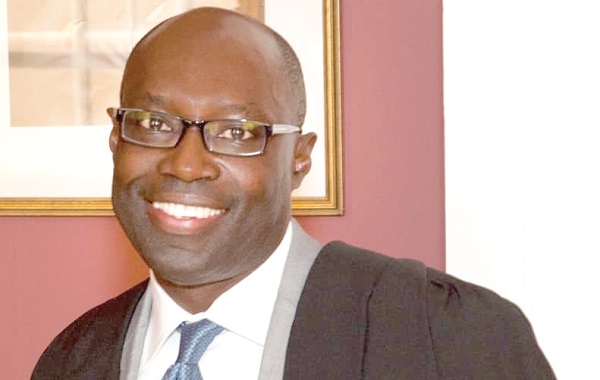 Historian, Ivor Agyeman-Duah, has been named alongside two others as co-curators of a new literary programme on biographical ethics, cultural values and development in Africa and the world.

The Goethe-Institut of the Federal Republic of Germany through its Ethiopia Office has agreed to be part of the new literary programme dubbed, ‘The Expert Exchange: Biographies as a Mirror of Self- Understanding’ which starts in Addis Ababa this month, and will engage participants from the academia, literary and fine arts as well as practitioners.

The other curators are a German professor of philology at the Ludwig Maximilan University of Munich, Dr Sven Hanuschek, and an Ethiopian literary editor, Berhanu Deboch.

In an interview with the Daily Graphic, Mr Agyeman-Duah explained that the programme’s development started last year and expressed delight that it had finally come on course.

“It could not have begun anywhere better than Ethiopia with all its antiquity in faith monuments and as the capital of Africa’s diplomacy, ” he said.

According to the Institut’s Director, Dr Petra Raymond, “the eminent importance that biographies play in literary creation in Ethiopia stand in the historical tradition of chronicles and is not simply a neutral format.” She explained that as part of the programme's mission that “in the course of history, different traditions of writings have emerged in political thinking about national identities”.

The Institut, which was inaugurated 60 years ago in Addis Ababa (as the German Cultural Institute) by the then Ethiopian Emperor Haile Selassie and German Ambassador Paulus von Stolzmann, had over the years engaged in discourses on international cultures and human values.

A biography from Germany or Europe, according to Dr Raymond “comes across differently than one from South Africa. One on Haile Selassie would probably have a different focus from an Ethiopian perspective than from an Italian one.

“It could be the same on authorial differences on Ghana’s Kwame Nkrumah with an American conservative and Pan Africanists from Guinea or Ghana,” Dr Raymond intimated.

Mr Agyeman-Duah, who has written on intellectual history of Africa, is an acknowledged biographer with expertise on some literary figures and is also a presidential memoirist.

He co-authored a book with the University of Oxford’s Professor Emeritus of English, Lucy Newlyn, ‘May their Shadows Never Shrink – Wole Soyinka’.

An Oxford Professorship of Poetry, he has been described as contributing to contemporary African and Western literary histories.

Also, Monkey Box Pictures, a Hollywood film company in California, recently acquired the rights of his biography, Yaa Asantewaa, the Heroism of an African Queen for a feature film, Our Soul to Keep.