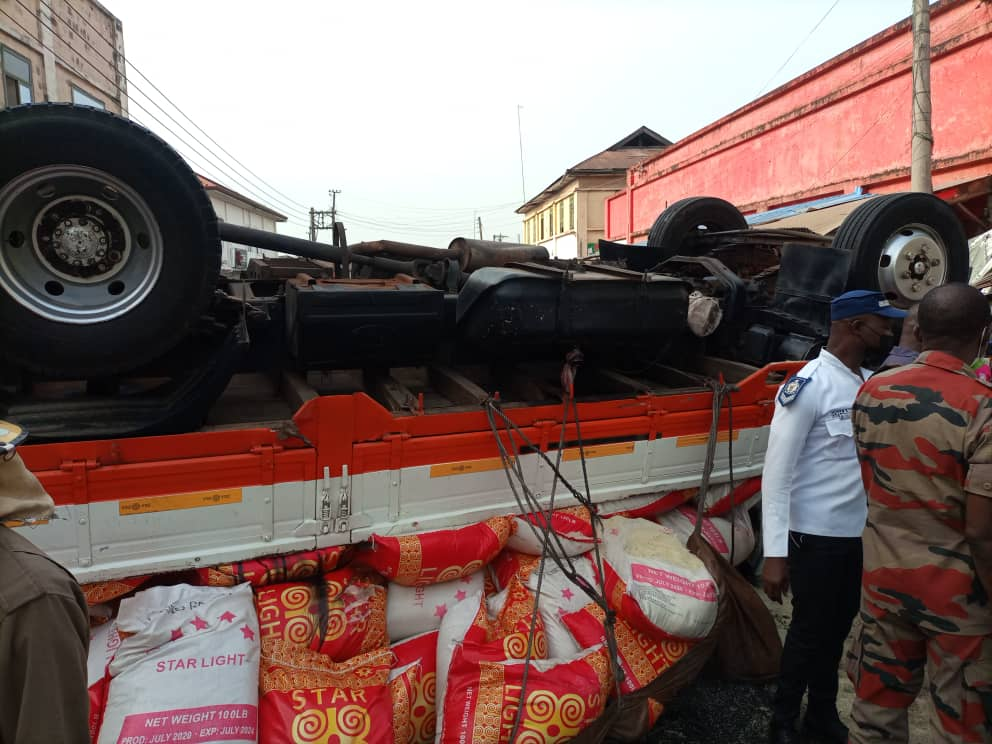 A Kia Rhino truck fully loaded with bags of rice, on Monday run into six cars and injured two persons in the process at Agona Swedru in the Central Region.

The truck, with registration number GM 6125-14, was heading towards Swedru from Tema.

The accident happened around 3pm.

According to eyewitnesses, the truck driver lost control while descending a hill around the Electricity Company of Ghana (ECG) office in Swedru.

Sensing danger, he tooted his horn to ward of pedestrians and other road users to move to safety, but the traffic at Chapel Square prevented some drivers from moving out of his way.

The Toyota Hilux car subsequently crushed into a nearby hardware shop along the road destroying several items in it. 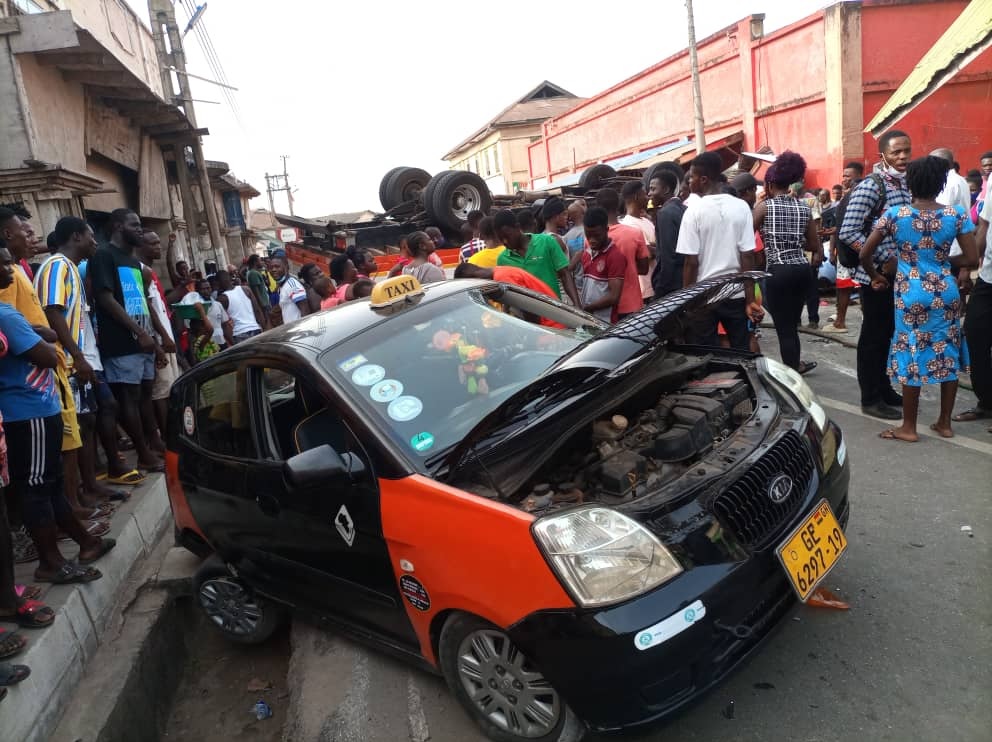 The truck continued to descend the hill towards the office of the Social Security and National Insurance Trust (SSNIT) and in the process hit three taxis and a mini truck that were in traffic near the SSNIT office and eventually somersaulted and landed on its roof.

Confirming the incident, the Station Officer at the Swedru Divisional Unit of the Motor Traffic and Transport Department (MTTD) of the Ghana Police Service, Chief Inspector Sampson Boamah noted that personnel from his outfit quickly rushed to the scene after receiving a distress call to maintain law and order.

He stated that with support from the Swedru Municipal office of the Ghana National Fire Service (GNFS), they managed to bring the chaotic situation at the accident scene under control and rescued two injured drivers and rushed them to the Swedru Governmental Hospital to receive medical attention.

He indicated that since the road was the main road to Swedru, traffic was diverted to enable road users to get to the Central Business Area of the town with ease.

He noted that it took the team about six hours to offload the rice into another truck before clearing the road for traffic to flow.