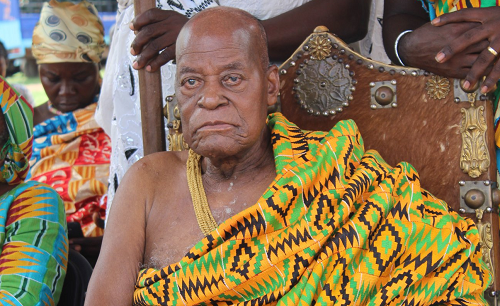 The Minister for Food and Agriculture, Dr Owusu Afriyie Akoto, has made the Agogohene, Nana Akuako Sarpong, an ambassador to the Planting for Food and Jobs (PFJ) programme, in recognition of his support for the flagship programme of the ministry.

He said the institution of the Plantain Festival by the Agogo Traditional Council, headed by Nana Akuoko Sarpong, had lent a lot of support to the programme and made most of the residents of Agogo go into plantain production.

The Agogomanhene has for sometime now been a leading producer of plantain in the country and has for the past five years or so been exporting the produce to neighbouring countries.

The minister who announced this at this year’s Plantain Festival in Agogo said as the government continued to give support to plantain cultivation in the area, it would equally support the setting up of a plantain chips factory in the area. 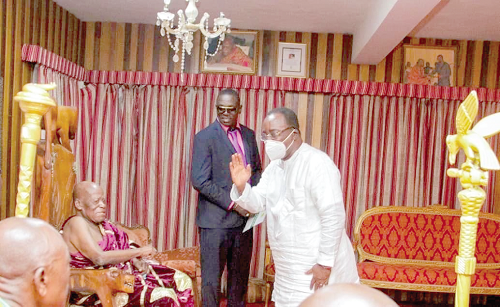 According to him, the cultivation of plantain in commercial qualities had generated lots of employment for people in the area.

From drivers, car owners to the loading boys who have all gained employment due to the booming plantain business in the area.

Dr Akoto said there was a high demand for plantains from Agogo such that the traders from Ghana have their own market in Burkina Faso and their produce sold higher than those from Cote d’Ivoire and Togo, who also exported their produce there.

He commended the traditional council for leading the way and marshalling the people to go into farming.

Addressing the durbar to mark the festival, Nana Akuoko Sarpong said the people of Agogo had been cultivating plantain for a long time and when the government launched its flagship PFJ programme, the traditional council decided to support it by organising the festival to promote the crop and also as a way to acknowledge the effort of the farmers.

He said the festival was more important to encourage the cultivation of the crop and also create jobs for the people.

He said through the promotion of the cultivation of plantain, most of the residents now had a livelihood as a lot of jobs had been created in the plantain value chain.