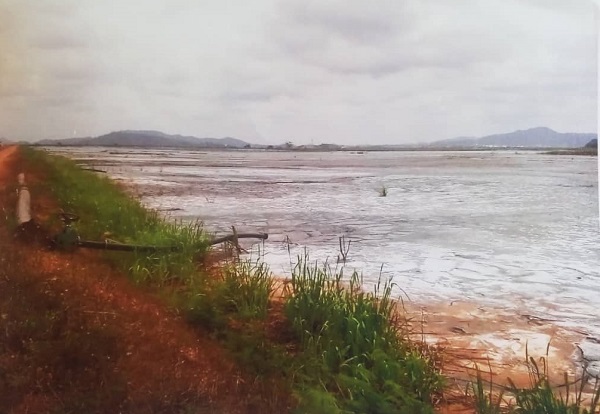 The Chief of Apitikoko, a suburb of Obuasi, Nana Yaw Ofori, and three others have sued AngloGold Ashanti (AGA) for depositing “highly toxic” content on their farmlands, claiming it has affected soil fertility in the area, as well as the sources of water — both pipe-borne and mechanised systems — used for the farming activities.

Also sued by the chief is the Environmental Protection Agency(EPA), the body that holds the authority to protect the environment.

A writ of summons filed at the Kumasi High Court, Human Right and Economic Division, by the lawyer for the plaintiffs, Nana Obiri Boahen of the Enso Nyame Ye Chambers, Sunyani, had urged the court to cause the affected people to be compensated and relocated to a safer place.

According to the writ, the people at Apitikoko had resorted to buying sachet water from other communities for both drinking and bathing as a result of the contamination of their water by the poisonous chemicals.

That, the writ said, was not sustainable and likely to drain the people financially.

“The plaintiffs aver that by parity of reason, the plaintiffs are entitled to a substantial amount of money by way of compensation and resettlement,” the writ said.