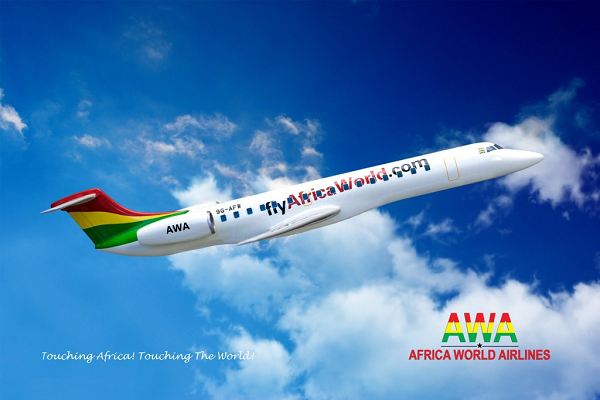 The Ho Airport will start receiving commercial flights by March this year. This came to light yesterday when Africa World Airlines (AWA) announced that commercial flights on the Accra-Ho-Accra route were expected to commence by March 20, 2021 with an affordable introductory fare to attract tourists and investors, boost socio-economic activities and promote development in the Volta Region.

The flights will operate twice weekly on Thursdays or Fridays and Sundays or Mondays at an introductory fare of GH₵99 for a one-way trip, which will take about 15 minutes.

Speaking to the media at a stakeholder consultative engagement organised by the Ghana Tourism Authority (GTA), in collaboration with the Ghana Airport Company Limited (GACL), AWA and others, to discuss the viability and possibilities of operating the Ho Airport,  the Head of Marketing at AWA, Dr Ade Dayo, said the commercial operations would need potential partnerships.

He said the partnerships would help provide Ghanaians with packages such as the “all-in-one tourist package’’, which includes air tickets, ground transport, hotel accommodation and visits to tourist sites.

Dr Dayo said it would need collaborative efforts to drive the growth of the region.

"We understand and know the potential that exists within the Volta Region, and we, as an airline, are ready to take this opportunity, so long as stakeholders agree to packages that are affordable to the general populace," he said.

Dr Dayo said responses from stakeholders had been proactive, adding that AWA would ensure that Ghanaians were able to afford the flights for the Ho Airport to be fully operationalised by the GACL.

Although AWA would want to operate at affordable fares, he said, it would also need to work hard to cover cost and ensure that its operations were cost-effective and, therefore, all stakeholders must show interest in the project.

The Head of Business Development Services at the GACL, Ms Amma Faake Gadzekpo, said operations at the Ho Airport could broaden the tourism prospects of the Volta Region and augment the good fortunes of the region.

The Volta Regional Manager of the GTA, Mr Alexander Nketia, called on well-meaning Ghanaians and tourists to sign on to the all-in-one package.

He assured the people that the authority would work closely with industry operatives such as travel operators, tourist site operators, among others, to make the Volta Region attractive.

In June last year, a co-Chairman of AWA, Togbe Afede XIV, indicated the readiness of the company to run Ho-Accra-Ho flights at the new Ho Airport.

“AWA is ready to start with Ho-Accra-Ho flights; maybe three flights a week for a start. We are only waiting for the official handing over of the airport to the government and inauguration,” he said.

Togbe Afede, who is also the Agbogbomefia of Asogli in the Volta Region, said that when he led a team of Chinese investors from the China-Africa Development Fund to the airport for feasibility studies on a proposed pilot academy and maintenance, repair and overall (MRO) operations at the airport.