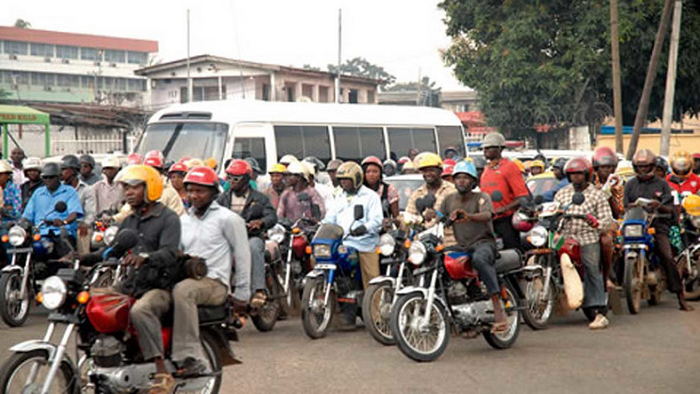 The surge in the use of Okada for commercial purposes is increasingly becoming worrying.

The police have also indicated an increase in incidents of crime, accidents and violations of road traffic regulations involving motorcycles.

Without any doubt, the Okada menace is getting out of hand and something drastic needs to be done to inject sanity into its operations.

We have on countless occasions raised serious concerns about the use of Okada.

At this moment, the nation is clearly confronted with the challenge of dealing with the usage of motorbikes and tricycles, especially for commercial purposes.

Parliament in 2012 passed the Road Traffic Regulations, 2012 (L.I. 2180) into law to regulate road transport in the country. Among other things, Regulation 128 under sections one to four (Legislative Instrument (L.I.) 2180) outlaws the use of motorbikes popularly referred to as ‘Okada’ and tricycles for commercial purposes except for courier and delivery services. It also directs the licensing authority not to register a motorcycle to carry a fare-paying passenger.

This legislation, notwithstanding, okada and tricycle (pragya) have taken over the transportation system in many parts of the country. In the rural communities, the okada and pragya come in handy as the only means of transport to markets, health facilities and other towns, among other places.

For people in the cities, they are able to beat the heavy traffic by patronising the bikes. The bikes also serve as a cheap source of transportation as they are less expensive. They also come in handy because of the absence of an efficient and reliable public transport system.

However, many people abhor okada and pragya because of the nuisance they create on the roads and most particularly the lack of respect for traffic regulations.

The high incidence of accidents and fatalities associated with the reckless use of Okada, is also disturbing.

Indeed, many organisations, including the Ghana Medical Association and the National Road Safety Authority, have called for a total ban on their usage as a mode of transport in the country.

This has left the country in a deep-blue sea. This is because despite the existence of the law banning their use for commercial purposes, they are a major source of relief to many Ghanaians.

For us at the Daily Graphic, we think that the country should relook at the law comprehensively and come up with the most appropriate measures that will suit the needs of the population in line with best practice. In India, for instance, pragya is a major means of transport but we have not heard of complaints as we have in Ghana. So, what can we learn from India and introduce it into our system?

We need to bear in mind that with the increasing rate of unemployment, the okada and tricycle operators see it as a source of income which caters for them and their families.

But as of now, okadas and pragyas are a nuisance and we at the Daily Graphic believe that with education, regulation and enforcement of the appropriate regimes, the operators must be made to conform if it is established that the country cannot do without them.

In reviewing the current law or system under which they operate, professional training, a licensing regime both for the rider and motorcycle/motor tricycles as well an insurance cover to cater for accidents will be most appropriate.

With such a system in place, it will be easier for the Ghana Police Service to enforce the law and also deal with unregistered motorbikes and motor tricycles as well as those involved in criminal activities.

Currently, Ghanaians are divided over the regularisation of these two major means of transport because of their advantages and disadvantages.

The Daily Graphic believes that if we want to have decency on our roads and improve our transportation system, then we have to comprehensively hold the bull by the horn and address the problem now or never.