Accra-Tema rail services to resume next week after two years 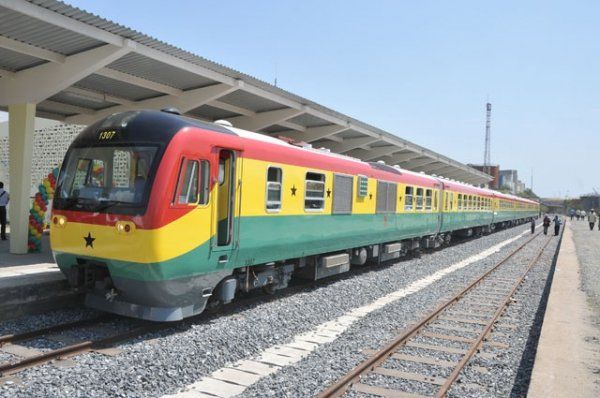 The Accra-Tema train shuttle was suspended in March 2020 as a result of the COVID-19 pandemic. Follow @Graphicgh

The Accra-Tema passenger train service will resume full operations next week after it was suspended for nearly two years, the Ghana Railway Company Limited (GRCL) has said.

The Company said it had initially planned to resume operations earlier this week after series of successful test runs, but had to reschedule to next week after another test run on Tuesday, March 08, 2022.

He said the company would in due course communicate the actual resumption date to the general public.

The Accra-Tema train shuttle was suspended in March 2020 as a result of the COVID-19 pandemic.

The GRCL said the suspension became necessary because the social distancing rules limited passenger intake – and that affected its revenue due to high cost of operation.

Mr Ahene said after the suspension, its engineers detected some “technical challenges” with the rail lines and had to work on them before service resumed.

“Now everything is set for the commercial running to commence,” he said, adding, “The coaches are also in good shape.”

On the issue of encroachment of rail lines, Mr Ahene said the company had commenced an exercise to clear all unauthorised settlers along the lines before it resumed operations.

He said settlers along rail lines exposed themselves to danger, and appealed to the public to refrain from mounting unauthorised structures or trading along the lines.

With respect to the Accra-Nsawam rail service, Mr Ahene said he was not in a position to determine when passenger service would resume on that line due to ongoing construction works on some culverts at the Avenor and Taifa sections of the line.

“We are done with work on those culverts but from a technical point of view, we still have to do some major works on that stretch so we have suspended operations until we are done with the maintenance works,” he said.

Shuttle service on the 40-km Accra (Kantamanto)-Nsawam line was equally suspended in March 2020 to pave way for the construction of culverts at Taifa and other sections to provide buffer against flooding.

The shuttle provided affordable and faster transport service for many commuters and traders on the Accra - Nsawam corridor and contributed to relatively low pressure on the Accra-Nsawam highway.

The Accra-Nsawam rail line was constructed in 1912 in the colonial era. The rail line at the time was used to transport goods to and fro the Eastern part of the country.