The Kaneshie Polyclinic in the Okaikoi South District of the Greater Accra Region has been temporarily shutdown after a heavy downpour Tuesday midnight caused extensive flooding at the facility.

A source at the facility told the Ghana News Agency that the wall separating the Polyclinic and the Ga Mantse Palace got broken by floodwaters making way for the water to enter the premises of the Polyclinic.

Some staff of the Polyclinic, who spoke to the GNA on condition of anonymity. said the situation was not conducive for the delivery of healthcare.

'Management, therefore, decided to close it down temporarily for a clean up," they said. 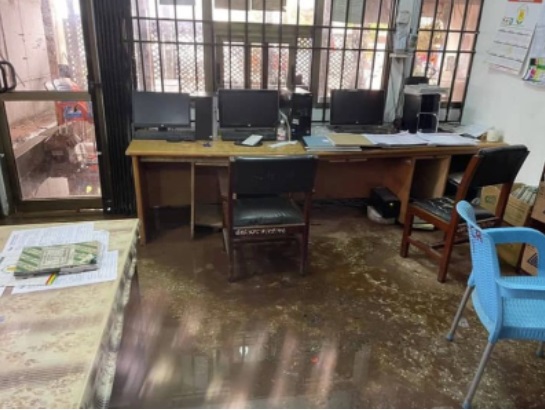 The torrential rain, which lasted over seven hours. displaced many in the national capital.

Areas seriously affected include: Kaneshie, Adabraka, Weija, Teshie, Kwame Nkrumah Circle, Dansoman, Tse Addo and Tesano. The same areas were flooded with some houses submerged in floodwaters over the weekend.

Officials of the National Disaster Management Organisation said they were assessing the situation to reach affected people with relief items. 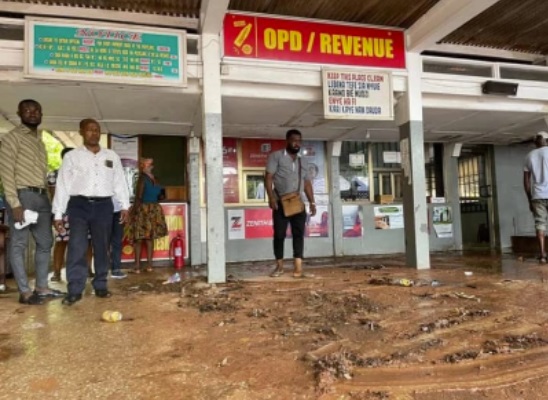 City authorities are also on the ground.

The Minister for Roads and Highways, Mr Kwasi Amoako-Atta. is expected to tour the affected areas today, Tuesday, 24th May 2022. 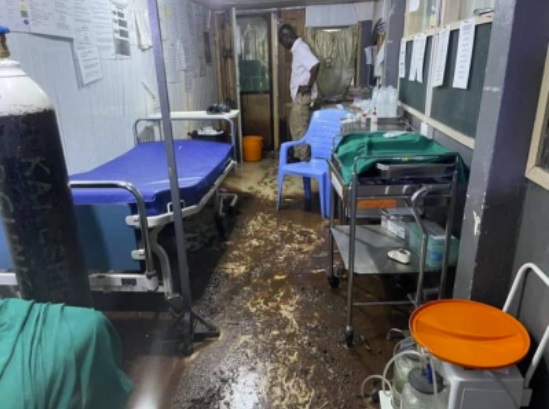 Last Sunday. the Minister for Works and Housing. Mr Francis Asenso-Boakye toured some areas and said plans were afoot to address the situation.