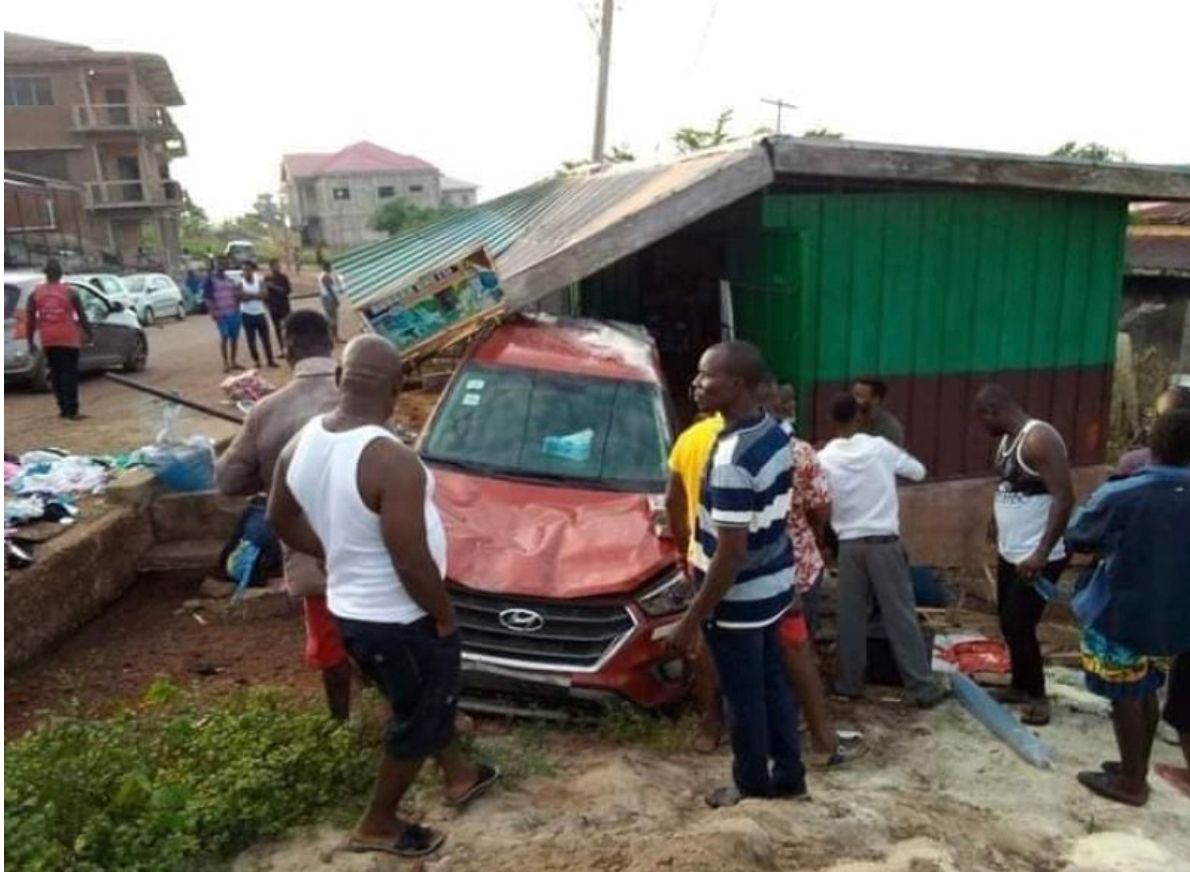 A Hyundai Creta saloon vehicle, with registration number GW 4826-20, slammed into a metal container shop at Abetifi in the Kwahu East District of the Eastern Region, killing a 10-year-old boy and injuring five others.

All the injured were sent to the Abetifi Health Centre for treatment, where two (females) were treated and discharged, but the other three were referred to the Kwahu Government Hospital for further treatment.

“The body of the deceased has been deposited at the Kwahu Government Hospital morgue for preservation and autopsy”, he said.

DSP Tetteh said the driver, Charles Appiah, was driving from Abetifi towards Pepease when the vehicle veered off the road and ran into the container shop.

The police proceeded to the scene and met the victims who sustained various degrees of injury, at the shop premises, he said.

The vehicle had been towed from the crime scene to the Abetifi Police Station but the “suspect driver is in police custody to assist in investigation,” DSP Tetteh said.

In a related development, a VW minibus carrying 20 passengers with registration number GE 6462-22 was involved in an accident at Atibie in the Kwahu South District, leading to the occupants of the vehicle sustaining injuries.

The injured passengers were sent to the Holy Family Hospital at Nkawkaw for treatment, DSP Tetteh said.

The minibus was on its way to Nkawkaw from Atibie and “on reaching a section of the road in a sharp curve, while descending a hill, it fell on its side at the right edge of the road,” he said.

The police went to the Holy Family Hospital's emergency room, where eight of the passengers - two ladies and six males—including the driver, Kelvin Annor Sarfo, 32, were receiving treatment.

The minibus was hauled from the accident scene to the Police Station, to be tested by a technician from the Driver and Vehicle Licensing Authority, DSP Tetteh said.