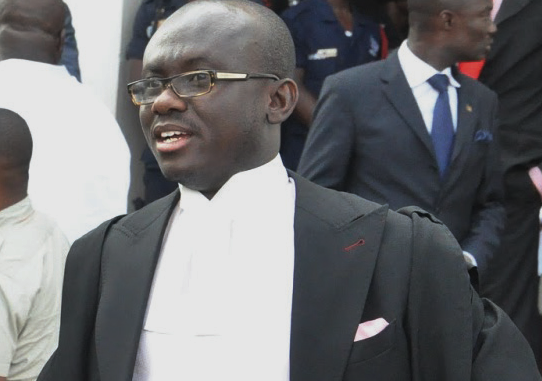 The Attorney-General (A-G) has filed a response urging the Supreme Court to dismiss a legal action challenging the removal of a former Chairperson of the Electoral Commission (EC), Mrs Charlotte Osei.

The legal action, which is seeking for the reinstatement of Mrs Osei, was initiated at the apex court by the Editor–In-Chief of the New Crusading Guide, Mr Adbul Malik Kweku Baako, on July 10, 2018.

It was his case that the Chief Justice’s committee that recommended the removal of the former EC boss on grounds of stated misbehaviour and incompetence exceeded its powers and acted unconstitutionally.

According to him, the removal of Mrs Osei should have been in relation to her core and constitutional functions of organising credible elections and not alleged violations of procurement laws.

He, therefore, wants declarations from the court that the whole process involving the petition, the Chief Justice finding a prima facie case against Mrs Osei, the recommendation by a committee and her subsequent removal were in violation of Article Articles 43 (1) (a), 44 (2), 45 and 146 (1) of the 1992 Constitution and for that matter, null, void and of no effect.

In response, however, the A-G, who is the defendant, argued that Mr Baako had failed to properly invoke the jurisdiction of the court.

The response signed by a Deputy A-G, Mr Godfred Yeboah Dame, averred that the plaintiff had not raised any issue for constitutional interpretation or enforcement.

“The instant action is nothing but a disguised application for review or an appeal against the recommendation of the committee of inquiry set up under article 146 of the Constitution.

None of the sixteen (16) reliefs sought by plaintiff raises any serious issue for constitutional interpretation or enforcement,” the A-G argued.

The A-G further argued that the issues raised by Mr Baako lacked merit. It argued that the plaintiff case that Mrs Osei’s removal was unconstitutional because it was not in relation to her core functions of organising elections was ‘erroneous.’’

According to the A-G, the functions of the EC as stipulated in Article 45 of the 1992 Constitution included “other functions as may be prescribed by law.”

“The Public Procurement Act, 2003 (Act 663) is such law which imposes the duty and function on the EC to undertake procurement in accordance with the Act, and there is no way the EC can carry out all its other functions without undertaking public procurement.

“Thus, procurement is one of the functions of the EC,” the A-G argued.

It is the argument of the A-G that even if the Supreme Court were to accept that Mr Baako had properly invoked its jurisdiction, there was no merit in the case and, therefore, it should be dismissed.

On June 28, 2018, President Nana Addo Dankwa Akufo-Addo removed Mrs Osei and her two deputies, Mrs Georgina Opoku Amankwa and Mr Amadu Sulley from office based on the recommendations of a committee set up by the Chief Justice to investigate the officials over allegations of corruption and misconduct.

This followed certain petitions that accused the three principal officers of the EC of indulging in unlawful activities.