80% households in urban Ghana use LPG for cooking - study 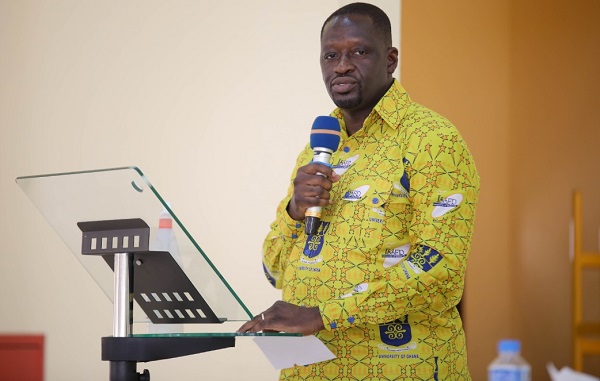 A new study by the Institute of Statistical, Social and Economic Research (ISSER) of the University of Ghana, has found out that over 80 per cent of households in urban areas in the country use Liquefied petroleum gas (LPG) for cooking.

This is because they perceive LPG to be convenient and cooks faster than other forms of energy.

The study, “Modern Energy Cooking Services (MECS) Project” which was conducted in two municipalities in the Greater Accra Region—Adenta and Korle-Klottey, also found out that households in the two municipalities practice fuel stacking.

It further discovered that over 70 per cent of the households use charcoal for cooking and most of them use it as a back-up fuel, owning to the fact that charcoal is easily accessible and affordable.

The lead researcher of the project, Dr Simon Bawakyillenuo, said “when the households were strictly asked whether they cook with electricity, only 12% said yes in Adenta, and 13% in Korle-Klottey.”

For him, “when the concept of cooking was expanded to include using electrical appliances, at least once in a week, about 84% and 61% cook with electricity in Adenta and Korle-Klottey Municipalities” respectively.

He said the study broadly sought to facilitate household transition to modern cooking fuels, away from traditional solid fuels.

Dr Bawakyillenuo explained that the Phase I of the MECS project, which started in 2020-2021, sought to understand and build local knowledge on the dynamics of cooking behaviours and cooking energy services amongst various stakeholders in Ghana.

The Phase II of the project, which is being sponsored by the World Bank, he noted, will highlight what is known empirically about cooking with electricity, the existing gaps and the opportunities that must be seized through action research to enhance the understanding and adoption of modern cooking technologies by households in Ghana.

More importantly, he observed, the Phase II of the MECS will also be conducted in the two selected municipalities which were used in the Phase I of the project—Adenta and Korle-Klottey.

In a presentation, a member of the research team, Mr Innocent Agbelie, explained that under the Phase I, household and market surveys were undertaken to understand the cooking dynamics and market potentials of modern cooking services and technologies in Ghana.

That, he said, the study found out that most households in Adenta Municipality have separate space of cooking but over 70 per cent of households in Korle-Klottey do not have such a space, and that they often use open space in the compound.

He, however, explained that “Electricity connectivity is high as most of the households in the two municipalities (95.46% in AdMA and 98.35% in KoKMA) are connected to the national grid through pre-paid meter systems, making it easy for them to pay their electricity bills to the supplier directly.

For her part, Ms. Stephanie K. Danquah, also a member of the research team, said due to the fuel stacking being practiced by households in urban Ghana, it is important to interrogate the extent to which e-cooking is already happening.

For her, many households perceive electricity to be too expensive to be used for cooking, pointing out that “Yet, the market and household surveys reveal that many households are using different kinds of appliances in the cooking process, or for cooking.”

Presenting the overview of the Phase II of the project, Dr Aba Crentsil, said the “MECS Phase II seeks to document e-cooking in urban Ghana sampling participants from the two municipalities, investigating both efficient and inefficient appliances, and different types of food.”