8 Die, others sustain injuries in accident 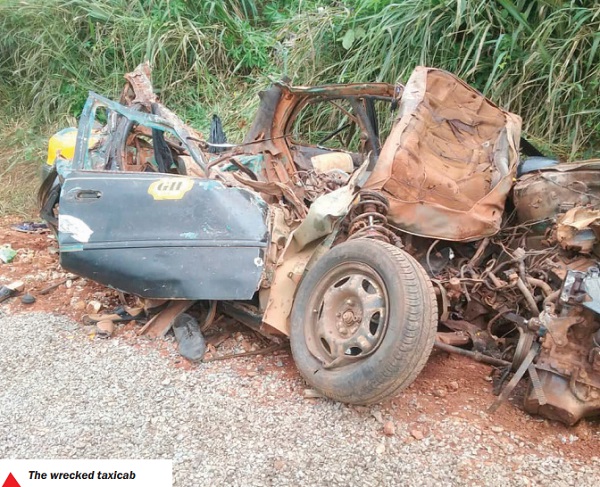 Eight persons died on the spot, while others sustained injuries following an accident on the Kwapong-Nobekaw road in the Asunafo South District in the Ahafo Region.

The injured are receiving treatment at the Goaso Government Hospital.

In all, there were seven persons, including the driver in the taxi and four others in the truck.

However, all the seven in the taxi — five males, three females, including one of the four persons in the truck, died on the spot.

Seven personnel of the Ghana National Fire Service (GNFS) at Goaso who were on their way to rescue the victims also got involved in an accident at Kukuom T-junction at Goaso.

The Ahafo Regional Commander of the Motor Transport and Traffic Department (MTTD), Deputy Superintendent of Police (DSP) Ekow Gaisie, told the Daily Graphic that they had a distress call that two vehicles were involved in an accident.

He said upon arrival at the scene, they saw that the taxi had its roof ripped off, and that instead of four passengers, the driver was carrying six passengers.

DSP Gaisie said while they were waiting on the fire personnel “we had information that they were also involved in an accident at Kukuom T-Junction at Goaso.”

“Six of them were treated and discharged, while the remaining female officer is still on admission. Doctors say they are stabilising her condition,” he said.

According to the officer, the driver of the taxi was alleged to be speeding and veered off his lane into that of the tipper truck, resulting in the head-on collision.