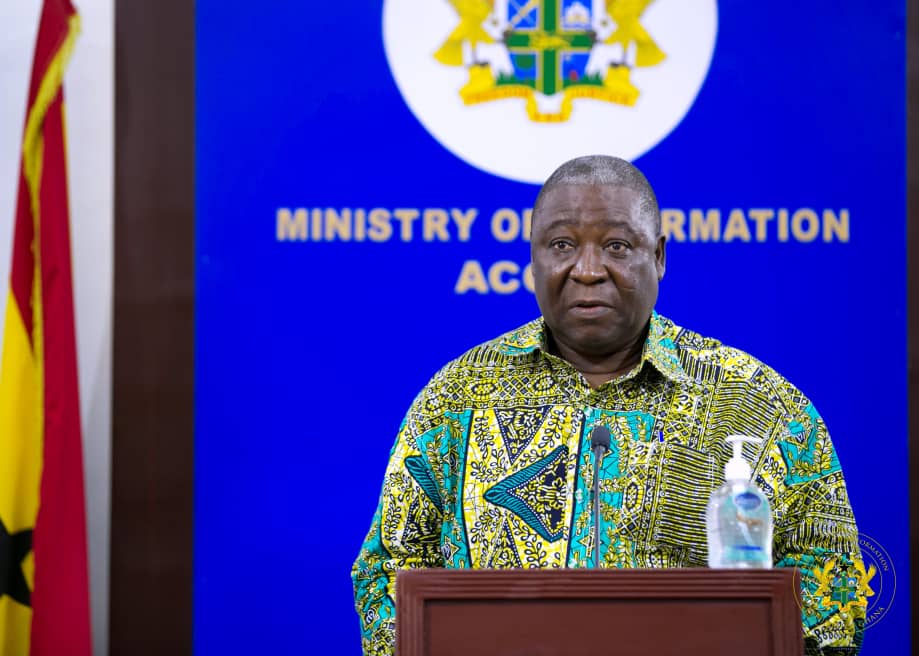 Following the testing of more people who have been mandatorily quarantined, one more person has tested positive for the Coronavirus disease to bring the tally of the cases in Ghana to 53 as of Tuesday night, March 24, 2020.

According to the Ghana Health Service (GHS), out of the total 1030 people on mandatory quarantine, the Noguchi Memorial Institute for Medical Research (NMIMR) has been able to test a total of 510 out of the 611 samples taken as of Tuesday night.

The rest are yet to be tested.

The 26 new cases recorded on Tuesday are from those who arrived in Ghana in the last few days and were in mandatory quarantine and have tested positive.

This brings the total positive cases in Ghana to 53.

Out of that, there have been two deaths, leaving 51 existing cases which are being managed in isolation.

There has not been any recovery.

In all, a total of 1030 travellers who arrived in Ghana after air, land and sea borders were closed as part of measures to help curb the spread of the disease are currently on mandatory quarantine for 14 days.

Early on at a press briefing Tuesday morning, the Minister of Health said those on quarantine, psychologists have been deployed to have chats with them.

He said the Ministry was also in the process of handing them over to the case management team in isolated areas for treatment.

"Definitely, not all of them will be critically ill and they are not, some might not be ill at all, but decisions on them will depend on individual case management issue. If you are not even ill, you still have to be quarantined for the mandatory 14 days."

He said earlier, there were indications that if a person tested negative, "we release you after four days but, [based on] technical advice, and we have met all the doctors and we cannot [continue to] do that and we have to keep you for the entire two weeks, which is the 14 days."

He said: "We have adequate rooms in Accra... to actually take care of all those who have tested positive at the moment. But going forward, a team is going round identifying places that we can use for isolation for case management, not only in Accra."

"What we have identified so far in Ghana now, we may have, we can describe two areas in Ghana now as our own epicentres, Accra and Tema together and Kumasi."

"We are doing what we describe as contact tracing. In Accra, we have deployed 98 field officers ...that have been trained doing the tracing and we are getting to people."

He said in Kumasi about 50 trained people have been employed who are still doing contact tracing.

He advised that based on the evidence, "wherever we are, all those our brothers and sisters who have come in, we should advise them to put themselves in self-quarantine if we haven't tracked them yet. And they should also talk to health authorities in the area where they live, to send teams to serve them, they can be calling on telephone describing their conditions to health officers they get in touch with such that we can protect the rest of the population against community spread, the horizontal spread we are seeing in our country at the moment.

Situation Update, Confirmed Covid-19 Cases In Ghana As At 24 March 2020

As of 24 March 2020, a total of fifty-three (53) cases including two (2) deaths have been confirmed. All the fifty-one (51) confirmed cases are receiving treatment in isolation.

The sudden spike in case incidence is as a result of the mandatory quarantine and compulsory testing for all travellers entering Ghana, as directed by the president. As of 24 March, total of 1,030 are under mandatory quarantine; 844 have had their samples taken; 510 have had the samples tested;and out these twenty-six (26) tested positive for COVID-19.

Great majority of the confirmed cases are Ghanaians, who returned home from affected countries. Seven (7) are of other nationals namely: Norway, Lebanon, China, France, UK. In respect of contact tracing, a total of 829 contacts have been identified and are being tracked. One (1) of the contacts developed symptoms and has been confirmed positive.

Nineteen (19) people have completed the 14 days of mandatory follow up.