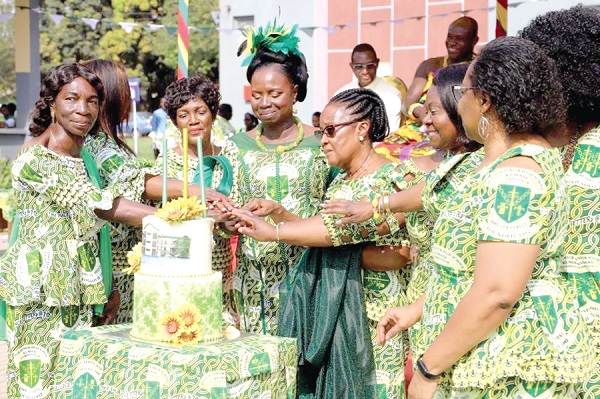 Five out of the 10 Science, Technology, Engineering and Mathematics (STEM) schools built across the country have started operation, the Acting Director of the Ghana Education Service (GES), Dr Eric Nkansah, has disclosed.

Those, he said, included the ones at Bosomtwe, Diasu, Awaso, and Akrodie, which seeks to produce a critical mass of assertive and employable youth to spur our socio-economic transformation.

“These state-of-the-art boarding schools will attract children from all parts of the country. They are specially built STEM senior high schools with 12 laboratories each and fitted with Promethean boards, which promise to be one of the best in the world,” he noted.

Dr Nkansah was speaking during the 70th anniversary celebration of the St Louis Senior High School in Kumasi in the Ashanti Region.

He said over the last six years, the government has initiated several cutting-edge reforms and policies, aimed at improving the education standards and equip learners with 21st Century skills required to participate fully in the 4th Industrial Revolution.

Dr Nkansah said it was instructive to note that only about 12 per cent of SHS students were currently enrolled in the sciences.

“This level of science enrolment will not create sufficient pipeline of students required to meet the 60:40 science-humanities ratio target envisaged by our Education Strategic Plan (ESP 2018-2030),” he emphasised.

In addressing this challenge, he said, the government was expanding and retooling Science Resource Centres of some existing senior high schools to improve the Science enrolment and the quality of instruction.

It was a well-attended ceremony, which attracted students, SLOPSANS, all clad in their anniversary cloth, to climax the week-long celebration with a grand durbar held on the school premises.

In a speech read on his behalf, the Asantehene, Otumfuo Osei Tutu II, touted St Louis as one of the best institutions in Asanteman.

“St Louis continues to grow from strength to strength and from grace to abundant grace producing prominent women in Ghana and the world at large”, he emphasized.

Nana Otuo Siriboe II, the Juabenhene and Chairman of the occasion, hailed the Catholic Church for prioritising education and thereby setting up numerous educational institutions across the country.

He also commended the school’s board, chaired by the Amankomhene, Nana Adu Mensah Asare, for effectively ensuring the successful running of the school.

Ama Kyerewaa Benefo, the Headmistress of St Louis, sharing some of their recent achievements, said the school was adjudged winners of the maiden Science Technology Mathematics Innovation and Engineering (STMIE) contest, among 110 selected schools across the country.

She seized the opportunity to commend SLOPSA for its numerous support to their alma mater and currently the ongoing three-storey 450-Bed Dormitory block for the School, which’s ground floor is ready for habitation.