32 Arrested at Okagya for illegal mining 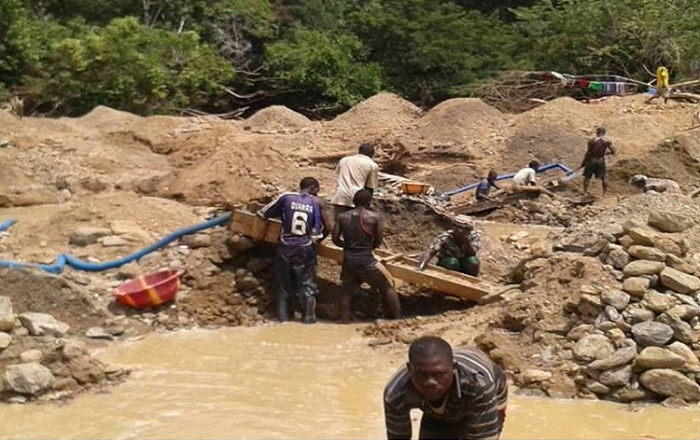 Thirty-two people have been arrested for allegedly engaging in illegal mining at Okagya, near Kwabeng in the Atiwa District in the Eastern Region.

They were arrested by the Eastern Regional Anti-Galamsey Task Force, codenamed, Operation Vanguard, last Thursday when the task force was on a patrol duty to flush out illegal miners in the Kwabeng area.

It retrieved 20 pumping machines, three water hoses, one grease gun, one carpet, two head pans and one locally manufactured rifle with three live cartridges from the mining site at Okagya.

The police said the suspects would be arraigned after further investigations had been completed.