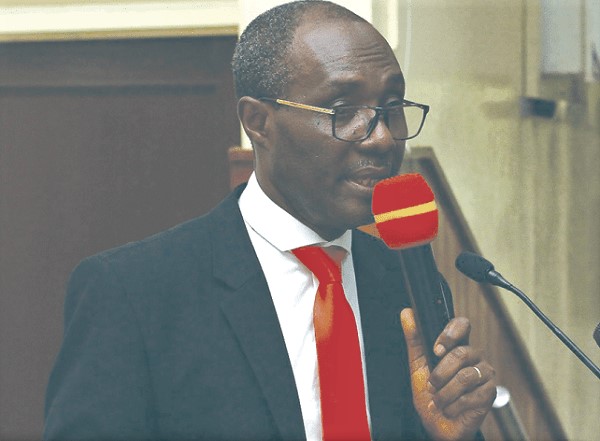 About 207,200 Ghanaians are blind, the Ghana Health Service (GHS) has revealed. It said they represent 0.74 per cent of the population.

The GHS said over 300,000 Ghanaians, representing 1.07 per cent of the population, were also seriously sick with severe visual impairment and they would soon be completely blind if the necessary intervention measures were not taken.

“In all this, the leading cause of blindness in our country is cataract which is affecting 111,888 people,” it said.

The Head of Eye Care Unit of the GHS, Dr James Addy, who announced this at the 2018 World Sight Day celebration in Accra last Thursday, called on the government to commit adequate funds to tackle blindness and visual impairment.

The event, held on the theme: “Eye care everywhere”, was used to raise public awareness of blindness and vision impairment as a major international public health issue, and to influence the government to commit resources towards the fight against blindness in the country.

It was also used to honour individuals and institutions that had contributed significantly to fighting blindness in Ghana, with Dr Gladys Fordjour and Mr Prince Asenso Antwi being adjudged the national Best Ophthalmologist and the Best Optician respectively.

“Thirty-six million people are blind and 217 million have low vision with severe or moderate visual impairment,” he said

He said 75 per cent of such blindness and visual impairment were avoidable since they could be cured or prevented.

However, Dr Addy pointed out that about 124 million people had uncorrected refractive error, with 1.1 billion people having near–vision impairments that could be corrected with reading glasses.

With regard to eye care specialists, he said Ghana had not yet attained the minimum level of human resource required in certain areas of eye care services.

“We must, therefore, think outside the box to make human resource accessible to the people in the eight regions,” he urged.

Dr Addy said as part of efforts to address blindness in the country, a National Cataract Outreach Programme was launched two weeks ago to help reduce the backlog of cataract cases in Ghana.

“We are also integrating the screening of diabetics at all the regional/teaching hospitals’ diabetic clinics, by eye care professionals at the various eye clinics in the country,” he added.

For his part, the Director of Institutional Care Division of GHS, Dr Samuel Kaba Akoriyea, said it had been estimated that one in four people in Africa had an eye condition at any time.

However, he said if the two major causes of visual impairment were considered as priorities and control measures implemented consistently through the provision of refractive services and offering cataract surgery to those affected, “two-thirds of visually impaired people could recover good sight.”

The Chief Executive Officer of KOG Kriationz Network, a non-profit organisation focused on addressing blindness in Ghana, Mr Eric Owusu Gyimah, said since its establishment, the NGO had helped to perform 743 free eye-screening and given out free spectacles in nine regions across the country.