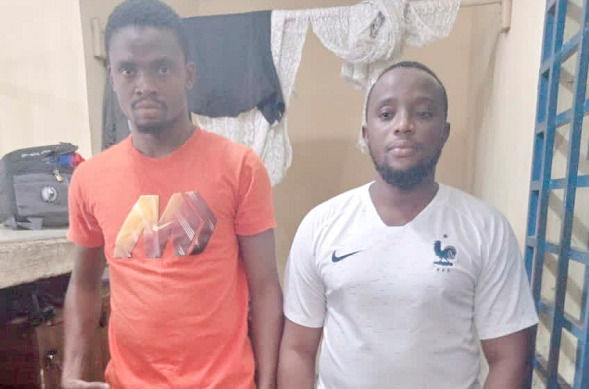 Two salesmen of 2PA Company Limited have been jailed a total of five years by the Weija Circuit Court for stealing over GH¢96,000 from their employers.

Nathaniel Ekow Anderson and Patrick Semadebe were respectively jailed for three and two years on two counts of stealing, both to be served concurrently.

Apart from their sentence, the court ordered the two convicts to refund the entire money they stole from the company based at Gbawe in Accra.

The two pleaded not guilty to the charges, but after a full trial, the court — presided over by Mr Bernard Bentil — found them guilty and sentenced them accordingly.

The Chief Executive Officer (CEO) of the company reported the matter to the police and the two promised to refund the money.

Then in 2020, the CEO discovered that Anderson and Semadebe had again stolen goods worth GH¢44,556, and subsequently reported the matter to the police which led to their arrest a second time.

According to the prosecution, the two admitted committing the offence.

In their defence, Anderson and Semadebe admitted being responsible for the missing money

It was their case that they made business losses while selling the goods for their employer, and that it was not the case that they willfully misappropriated the money.

The court, however, held that the prosecution had proved its case beyond reasonable doubt and had adequately proved all the ingredients of stealing.

It was the considered view of the presiding judge that the evidence on record, including the accused person’s own admission, showed that they could not account for the goods.

That admission, he said, amounted to a confession.

“It is clear that they were in possession of the goods, which is now unaccounted for. In the event, the court finds that a prima facie case has been firmly established against the accused persons without any viable challenge to the facts from the defence,” the court held.

Mr Bentil, however, decided to impose the minimum sentence under the law, with an explanation that Anderson and Semadebe were first-time offenders.

“They are first-time offenders with their whole life ahead of them. The court will be lenient with them,” the presiding judge held.