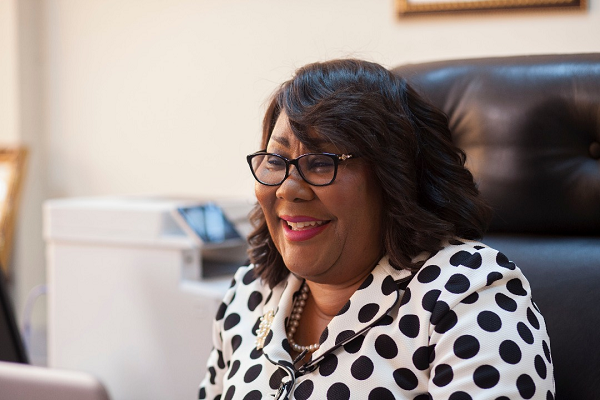 The Official Liquidator (OL) has gazetted eight additional fund management companies (FMCs) out of the 54 whose licences the Securities and Exchange Commission (SEC) revoked as the second batch of beneficiaries of the government’s bailout package.

Two more companies, which have also been cleared, are going through the winding up and gazetting process.

Their gazetting completes their journeys as bodies corporate, having been duly wounded up by the OL.

The two from Kumasi that are still going through gazetting are Global Investments Ltd and Goldstreet Fund Management Ltd.

All the winding up orders for the companies have been gazetted and notices for any remaining claims as proof of debts will be published in newspapers by the end of the week.

The Registrar-General and OL, Mrs Jemima Oware, announced this at a meeting dubbed: “Time with the commissioner” in Accra yesterday.

She explained that one of the companies, UniSecurities Ghana Ltd, had, however, submitted an injunction letter from its lawyers preventing her from proceeding with the process.

“For UniSecurities, even after the order had been granted and I had actually gazetted the order, I received an appeal from its lawyers against the order,” she disclosed, adding that the lawyers requested to set a date for their documents to be looked at and agreed upon at the Appeal Court.

“But I have already gazetted the order and so unless I get another application bringing an injunction to restrain me from continuing, I can’t stop,” Mrs Oware said, adding that she was going ahead with the creditors’ meeting for the eight defunct companies.

She said the first virtual creditors’ meetings for phase two would be held on November 25 and 26, this year.

For the other two companies, she said, their documents were currently going through the process of being gazetted before a notice to creditors to submit proof of claims would be made, “and this will then be followed by the notice for the first creditor meetings and class meetings to be held”.

The OL, however, gave an assurance that every effort would be made to try and add the two to the 10 companies.

She said the challenges she had faced in the liquidation process included complex and bureaucratic court processes, difficulty in locating some companies, incorrect contact details and the fact that cases before other judges had to be moved to a dedicated judge.

Mrs Oware said it was welcoming news that the government had authorised the partial bailout of GH¢50,000 for all remaining customers of the revoked FMCs, pending the outcome of the liquidation petitions.

“The OL is very determined to ensure that all investors and creditors receive their funds once we receive the winding up order,” she said, and gave an assurance that the office would expedite the process to bring the much-needed relief to those affected.

She, however, said the bailout package being rolled out by the government was not compulsory, as claimants had the choice to accept to be part or to decline.

Touching on the bailout structure, the Director-General of the SEC, Rev. Daniel Ogbamey-Tetteh, explained that the bailout package was being offered to investors of the FMCs via a special purpose vehicle (SPV), which should be capitalised by the government in the form of short and long-term bonds.

“Investors (claimants) who choose to participate in the bailout programme shall exchange their interests in the defunct FMCs for shares in the SPV. Allocations will be based on validated claims.

Touching on the allocation formula, he explained that the beneficiaries were put into six categories, with all individuals below 60 years getting up to GH¢70,000 or 20 per cent of their validated claims in tier one.

All pensioners of 60 years and above, as well as schools, faith-based organisations and hospitals, he said, would receive all their validated claims in tier one.

Explaining how claimants could assess their tier two funds, the Managing Director of the GCB Capital Ltd, Mr Kofi El-Awuku, said they had up to five years to receive all their funds, even though there was an annual withdrawal schedule for those interested.a