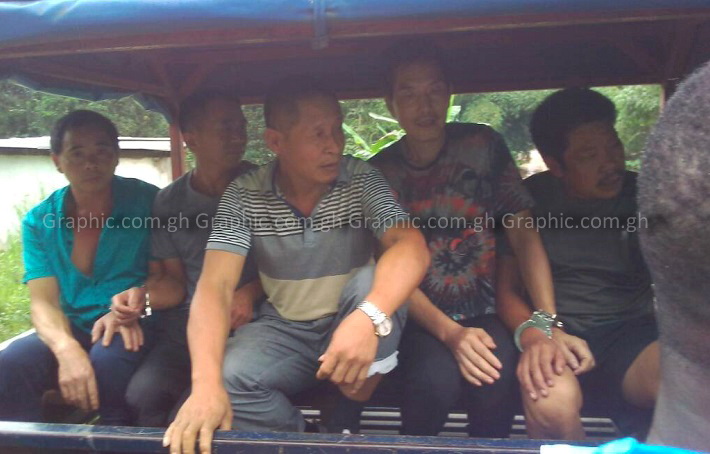 Some of the illegal Chinese miners in police custody Follow @Graphicgh

Ten Chinese have been arrested in connection with illegal mining (otherwise called galamsey) at Tamso in the Tarkwa municipality in the Western Region.

They were arrested by a combined team of the police and some members of a voluntary group known as Against Environmental Degradation.

The identities of the Chinese are yet to be made known by the police.

Speaking to the Daily Graphic, the leader of the group, Mr Richard Addo, said the team arrested the illegal miners after gathering intelligence about their operations.

“After discovering their location, we made efforts to impress upon them to halt their operations but the Ghanaians among them rallied the young men around to attack us,” he said.

Mr Addo said the young men threatened to vote against the government in the 2020 elections, if they were arrested.

He said the Chinese were being transferred to the Police Headquarters in Accra for further interrogation.