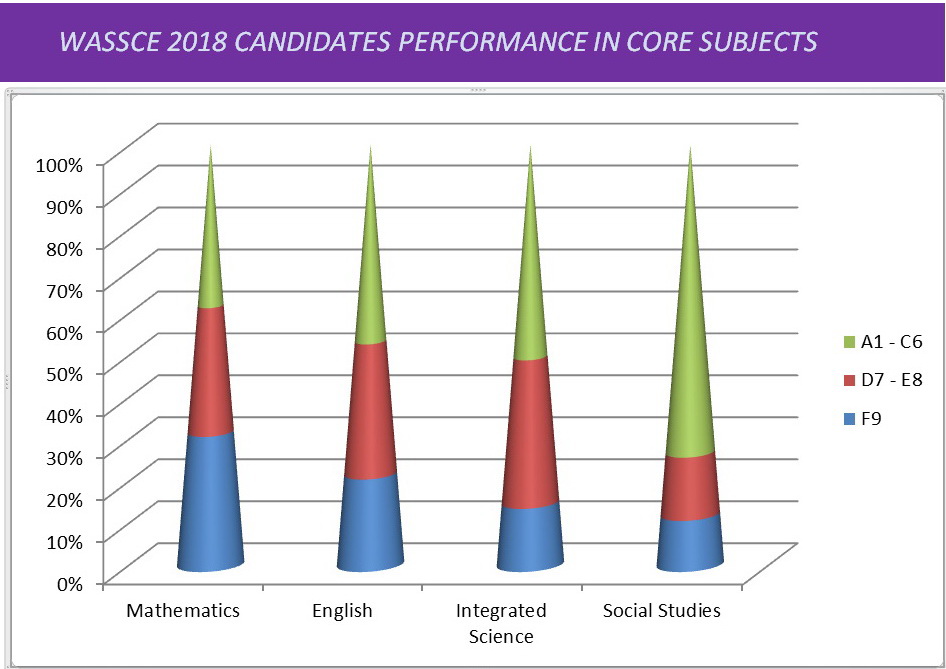 According to WAEC, based on the provisional results released Friday, the performance at score range A1 - C6 in Social Studies showed a marked improvement over that of 2017 (52.25% to 73.27%), while Integrated Science also recorded a slight improvement (43.66% to 50.52%).

However Core Mathematics recorded 38.33 percentage performance as against the 2017 performance of 42.73 percent.

English Language similarly suffered a drop, recording only 46.79 percent over the 2017 performance of 54.06 percent.

Meanwhile the entire results of 26,434 candidates are being withheld pending conclusion of investigations into suspected malpractices.

“The withheld results of candidates will be cancelled if found culpable, or released if otherwise,” according to WAEC, which said the released results have been sent to candidates’ schools, or can be accessed via its website.

Performance at a glance