Trainee teachers must be migrated to students loan scheme — Eduwatch 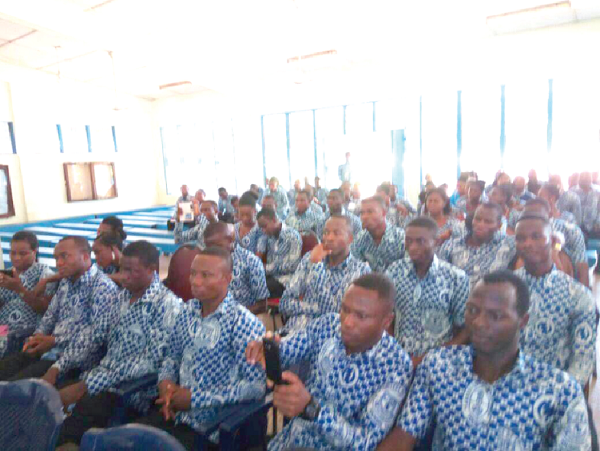 Africa Education Watch (Eduwatch) has said the continuous spending of over GH¢200 million annually in feeding and stipends for adult students in colleges of education is wasteful.

It said the government must, therefore, migrate all needy teacher trainees onto the guarantor-free students’ loan scheme and rather strengthen its effectiveness by ensuring prompt payment of the students’ loan.

Moreover, it said even though the government, in the 2022 budget, announced an increment in the Ghana School Feeding Programme (GSFP) beneficiaries from 3.4 million to four million children, that could not materialise.

Responding to the 2023 budget statement, Eduwatch said it was unfortunate that in this time of severe economic difficulty in many households, the 2022 promise was not redeemed to enable 600,000 more ‘poor’ children benefit from a hot meal a day in 2023.

"The Ministry of Finance should take steps to redeem the promise of feeding 600,000 more children in subsequent budgets. Promises to children must not be broken," he said.

Eduwatch said the declining proportion of the national budgetary allocation to the education sector had a strong potential to negatively affect the attainment of the Sustainable Development Goal Four targets, especially at the basic education level.

It said the government must take steps to augment the deficit in the 2023 supplementary budget and revise the medium-term expenditure framework to reflect its international commitments on education financing, as well as the real needs of the sector.

"Eduwatch appreciates the advocacy of the Parliamentary Select Committee on Education towards uncapping GETFund and prioritising basic education in the distribution of GETFund," it emphasised.

The committee, it said, must insist that the 2023 formula for distributing GETFund allocated 30 per cent of the fund’s infrastructure budget to basic education before approving the formula.

"The Minister of Finance should explain to Parliament why the 25 per cent capping of the GETFund could possibly lead to an allocation of only 39 per cent of accruals to the GETFund Levy.

"The continuous capping of GETFund is inimical to education development, especially at the basic level where the infrastructure gap continues to widen," it said.

The organisation said there were 1.2 million children out of basic school in the country mainly because of huge deficits in the availability of public basic schools in underserved communities.

That, it said, coupled with the over 5,000 basic schools taking place under trees, sheds and dilapidated structures, and the lack of junior high schools in about 4,000 primary schools must be enough reason for the government to listen to calls by Parliament and civil society to uncap the GETFund.

"On the freezing of public sector recruitment in 2023, the Ministry of Education must explain whether there are some exemptions for the education sector, and/or announce stopgap measures to augment existing and anticipated teacher deficits in rural schools in 2023," it said.

Eduwatch indicated that out of the total allocation to education, GH¢2.7 billion, representing 12.1 per cent of the total education allocation, was earmarked for Capital Expenditure (CAPEX), where education infrastructure was financed.

That, it said, compared to the 2022 allocation of GH¢1.4 billion, represented an increase of 92 per cent.