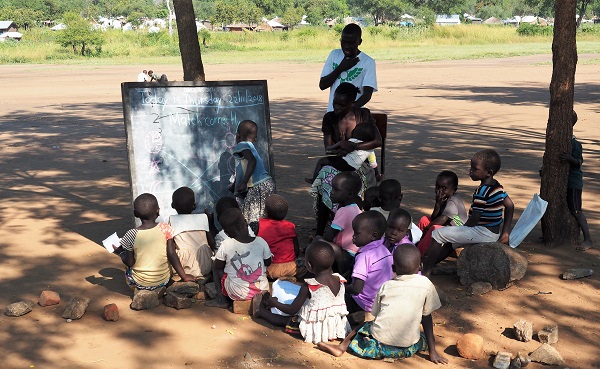 Stakeholders in Early Childhood Development (ECD) in the Northern Region have called for concerted efforts to ensure the total development of children at early childhood development centres (ECDCs) in the region.

Some of the challenges confronting these public and private centres include poor infrastructure, lack of trained teachers and attendants who have the requisite childhood development background, and the enforcement of standards at these centres to ensure safety of children and effective learning.

The call was made at the Northern regional ECD committee meeting on Thursday, October 14, 2021 in Tamale to draw an action plan to address the challenges confronting the ECDs.

It was also to compile data on ECDCs in the region and to formulate a checklist for monitoring and evaluation.

The Chairman of the committee, Mr Iddrisu Sandey told the Daily Graphic later in an interview that with the issues now identified, the committee would engage with duty bearers in the region to help address them.

He said they would also see how best they could engage with the Northern Regional Minister to get the Metropolitan, Municipal and District Assemblies (MMDAs) in the region to pay more attention to early childhood development education (ECDE) in their various jurisdictions to ensure the total development of children in the region.

Mr. Sandey, who is also the Northern Regional Director for the Department of Children, said the committee would also embark on advocacy both at the regional and district levels to get the private sector and other corporate bodies to also contribute to the uplifting of ECD in the region.

The Communications Manager of Children Believe (CB), formerly Christian Children Fund of Canada (CCFC), Mr. William Anim-Dankwa, whose organisation is spearheading the work of the regional ECD committees in Northern Ghana, in collaboration with the various Regional Coordinating Councils (RCCs), called on the government to invest more in ECD to secure the future of the country.

He called for collaboration between all stakeholders to lay a good foundation for ECD in Northern Ghana.