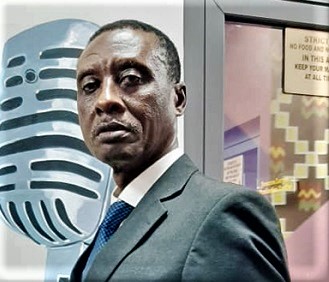 Members of the Ghana Printers and Paper Converters Association (GPPCA) have said the decision of the government to cede the entire printing of textbooks locally is a patriotic gesture which must be implemented to the letter.

"We appreciate this patriotic gesture of the Ministry of Education in deciding to print government textbooks 100 per cent in Ghana,” the President of the GPPCA, Mr James Appiah-Berko, said, and gave assurance of the association’s readiness to deliver on time.

He was providing an update on the selection of local printers to print government textbooks for basic schools in an exclusive interview with the Daily Graphic.

The government last year announced its commitment to cede 100 per cent of the printing of its textbooks locally to help grow the printing industry.

For pre-qualification, all local publishers were directed to present their documents, which must include signed contracts with local printers.

It would be recalled that the Minister of Education, Dr Yaw Osei Adutwum, warned that any publisher without an agreement with a local printer would not be considered in the offer.

To demonstrate that commitment, the government kick-started the process, and as of last month, negotiations with publishers had ended successfully and the publishers had also signed memoranda of understanding with local printers.

Currently, the publishers are awaiting government's clearance and the payment of mobilisation (initial money) to enable the printers to commence printing.

Mr Appiah-Berko, who described the decision as welcome news, said the intervention would help grow the printing and book industry in the country.

He said there were a number of advantages in printing the books locally and mentioned some of them as the creation of jobs for the teeming youth, supporting the industry to position itself for the West African subregion and also building the capacity of players in the industry.

“Our desire and outmost hope is that this job will benefit Ghanaians and the economy of Ghana,” he said.

He assured the government that the association was ready to work with it to ensure effective monitoring for the benefit of all.

Mr Appiah-Berko added that the 10 companies that had been given the contracts needed to reach out to those who did not get them to ensure that there was equity among printers.

He insisted that successful companies should not sit back and expect those who did not get the contracts to approach them. 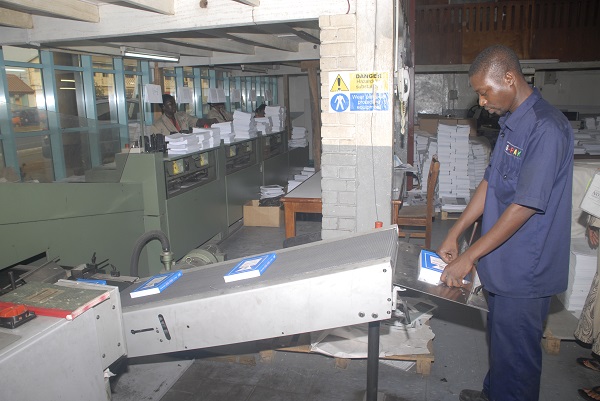 A printing press in Accra

The GPPCA president explained that because of industrial protection, it was difficult to determine what printing equipment a competitor had, “and so the approach should be bi-directional, and not one”.

Contributing, the Chief Executive Officer of TYPE Company Ltd, Mr Coby Asmah, said the decision by the government was a vote of trust in the local printing industry, adding that it was the surest way to achieve the Ghana Beyond Aid mantra.

“We are capable of doing things in Ghana; a Ghana that is self-confident, a Ghana that is in charge of its own economic destiny. This is, indeed, what we are looking for,” he added.

He described the Ministry of Education as walking the talk, and “over and over again we heard the minister making statements in support of that commitment”.

On their readiness, he said printing companies had been ready since 2016 and gave an assurance that printers were set to deliver their part of the bargain, adding that ever since the pronouncement was made that the printing would be done locally, the capacity of members had been built “and we are ready for the job”.

Mr Asmah said the association saw the government's directive as a call to duty to support the Ghana Beyond Aid agenda.

Mr Asmah mentioned the benefits to be derived from the project to include early delivery of the books and enhancing the capacity of members of the GPPCA to position the country as the hub of printing in the sub-region.

The CEO of TYPE said another good thing was that the books could be delivered as and when they were printed, instead of having to wait for the entire consignment to be done before the distribution was done, as would be the case if they were printed outside the country.

Mr Asmah said aside from delays in delivery, printing the textbooks outside would be counterproductive, adding that it would put pressure on the cedi.

He gave an assurance that even though the contracts were given to only 10 companies, they were for all local printers because those who secured the contracts would not be able execute them all by themselves and would need an “all hands-on-deck approach”.

Mr Asmah said those who won the contracts would have to rely on others to take up some of the work, explaining that some companies could take up the printing, while those who were good at binding could take that bit.

“This is the time for us to collaborate and work together to achieve our common good, not divide our front,” he stated.

“As we wait for mobilisation from the government, this is the time for printers to engage more, time for collaboration, time for us to learn and to get our machines ready; get to our bankers. We do not have to wait until the contracts are given before we start doing all these,” he told the Daily Graphic.

For his part, the acting Managing Director of G-PAK, a subsidiary of the Graphic Communications Group Limited, Mr Kingsley Mate-Korle, said his company was more than ready for the job.

He said local printers were more than capable of executing the job because most of them had bought new equipment and built the capacity of their staff to effectively carry out the work.

Contributing, the Executive Director of Buck Press Ltd, Mr Francis Nyanin, explained that apart from the creation of jobs, printing the books locally would improve the standard of living in the country and also boost the morale of industry players.