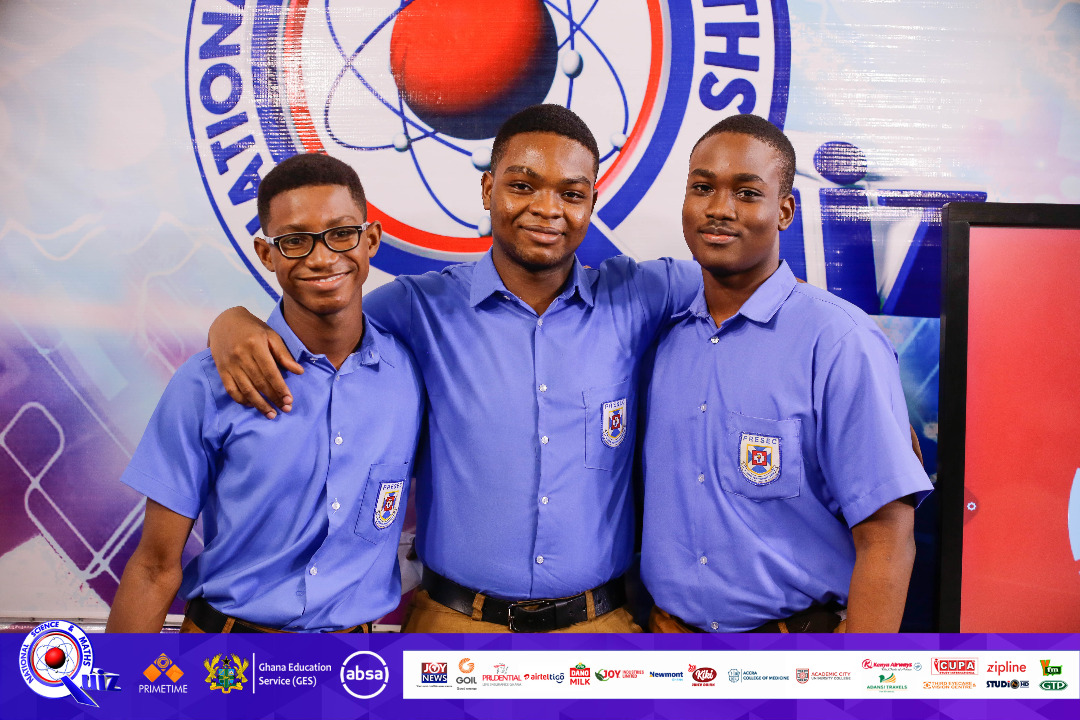 This year's National Science and Maths Quiz (NSMQ) enters the semi-finals stage today (Tuesday, November 23, 2021) with some crunch encounters to determine who qualifies for the final event.

The semi-finals contests, slated for the Saarah-Mensah Auditorium of the Kwame Nkrumah University of Science and Technology (KNUST), would involve four past winners and five schools that have not won the NSMQ.

The past winners are the Presbyterian Boys' Senior High School, which has won the contest more than any other school in the country and St. Peter's SHS, Prempeh College and Opoku Ware School.

Those aiming to win the contest for the first time are the Wesley Girls' High School (having dominated the WAEC Excellence Awards), Keta Senior High Technical School (SHTS), Chemu SHS, the Kwame Nkrumah University of Science and Technology (KNUST) SHS and the Tamale SHS.

Although the semi-final contests would be without some of the past winners including St Augustine's College and Adisadel College who have been tough customers in recent contests, this year's semi-finals are billed for some crunch encounters.

St Peter's, on the other hand beat Sonrise SHS and Bolgatanga SHS to sail through to the semi-finals. This was after it amassed 67 points with Sonrise and SHSs recording 35 and 20 points respectively.

Chemu SHS caused one of the biggest upsets of this year's competition by defeating the 2019 champions, St Augustine's College and Kanton SHS.

At the end of the contest, Chemu emerged winner with 47 points with St Augustine's College and Kanton SHS scoring 44 and 30 points respectively.

The contestants are Keta SHTS, Wey Gey Hey, which is looking forward to break the male dominance of the NSMQ and Temale SHS.

Prempeh got to this stage of the competition by beating the Anglican SHS and the Sogakope SHS. Prempeh College obtained 67 points, while Sogakope SHS had 30 points and 24 points for Anglican SHS.

Opoku Ware, on the other hand got to the semi-finals by defeating Ghana Senior High School (GHANASS) and Oda SHS in their quarter finals contest.

Opoku Ware had 56 points, GHANASS 36 points and Oda SHS 28 points at the end of the contest.