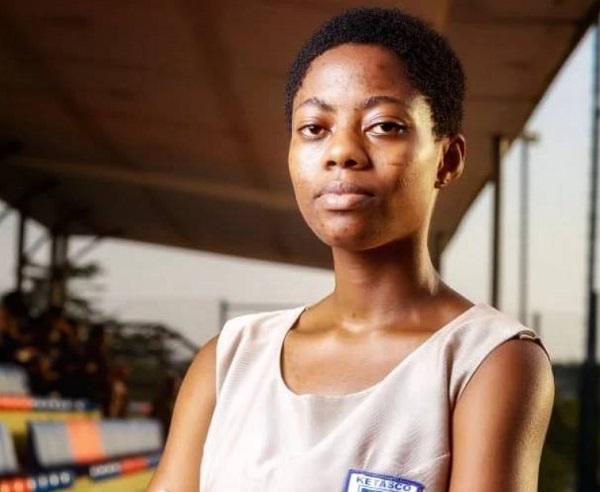 Star contestant of the 2021 National Science and Maths Quiz (NSMQ), Francisca Lamini has gained admission to Harvard University to study for a pre-med degree.

This was disclosed by the official Twitter handle of the NSMQ yesterday.

The NSMQ Twitter handle had earlier erroneously posted that Francisca had gained admission to Harvard Medical School. The handle later made the correction (below).

Correction: Francisca has gained admission to Harvard University for her pre-med degree. We appreciate all your congratulatory messages for her. https://t.co/IS8CVR26c1

Another post by the American Chamber of Commerce in Ghana on LinkedIn further revealed that she would soon be leaving the country for her studies in Cambridge, Massachusetts.

Francisca who represented Keta Senior High Technical School in the 2021 NSMQ was the first female to contest in the finals of the competition in the last 8 years.

Ketasco made history when they qualified for the finals of the NSMQ. The school represented by Francisca, Bright Senyo Gadzo and James Lutterodt battled against six times champions Presbyterian Boys Secondary School (PRESEC) and Prempeh College.

The school is also the first SHS in the Volta Region to have qualified for the finals of the NSMQ competition.

KETASCO finished third in the 2021 NSMQ final behind second-placed PRESEC and winners Prempeh.