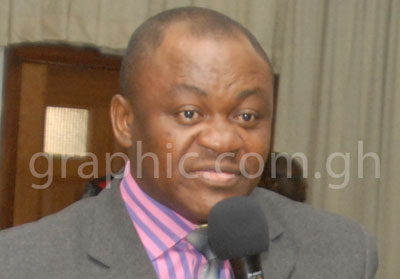 Representatives of labour unions and the government Thursday resolved not to trade accusations at one another in the media as part of efforts at reducing the tension on the labour front.

The decision was reached at a meeting convened under the Public Services Joint Standing Negotiating Committee (PSJSNC) that brings together a representative each from the unions and associations in the public sector and representatives of the Fair Wages and Salaries Commission (FWSC).

The committee provides a forum for the determination of the base pay and relativities of the Single Spine Salary Structure (SSSS), as well as issues of implementation.

Among the issues discussed were the implementation challenges of the SSSS, the guidelines on market premium released by the government this month and other post-migration challenges.


The meeting, which was held behind closed doors, was attended by officials of the Ministry of Finance and Economic Planning, the Controller and Accountant General’s Department, the Ministry of Labour and Employment Relations and other government agencies.

The Minister of Finance and Economic Planning was not present but was represented by Dr Alhassan Iddrissu, the Director, Economic Research & Forecasting.

The representatives of the labour unions walked into the media centre of the National Sports Council with one thing in mind — the several industrial unrests.

At the end of the meeting, the participants were tight-lipped over the decisions taken during their deliberations.

Snippets of information picked up from discussions indicated that representatives of the University Teachers Association of Ghana (UTAG), the Government and Hospital Pharmacists Association (GHOPSA) and the Ghana Medical Association (GMA) had resolved to remain resolute in the cause they had taken to fight for what was due them.

The meeting commenced when the Minister of Employment and Labour Relations, Nii Armah Ashietey, arrived at 2:39 p.m. to preside over deliberations, which ended about 5:35 p.m.

When approached to give some information, Nii Ashietey said he was also committed to the media truce but gave an assurance that he would soon make a statement that would be assuring.

He gave assurances that the issues were not as dire as perceived by the media commentary.

The General Secretary of the Trades Union Congress (TUC), Mr Kofi Asamoah, and the Chief Executive of the FWSC, Mr George Smith-Graham, came out chatting and smiling.

They told the Daily Graphic that all members had committed to a media freeze for the time being.

They added, however, that a statement would be issued on the matters discussed and the decisions reached.