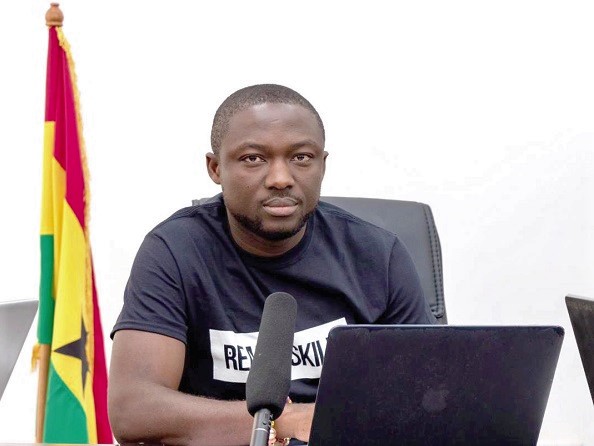 Mr Hayford Siaw — The Chief Executive Officer of the GhLA

The government, through the Ministry of Education, has committed seed money of GH¢3 million to the Public Library Endowment Fund.

According to the Minister of Education, Dr Matthew Opoku Prempeh, the move was expected not only to promote reading and learning among the people but also enhance the Ghana Library Authority’s (GHLA’s) drive for Ghana to become a reading nation.

The Public Library Endowment Fund is a strategic move by the GhLA to get people to make monetary donations that will enable the authority to create a legacy for the future.

As part of the launch, the authority also inaugurated the Accra Central Library Conference facility which has a lounge, a multi-purpose room with workstations and a conference room with a seating capacity of 200.

“The Ministry of Education envisages Ghana as a learning nation, and that is the only way we can develop,” Dr Prempeh said.

“In fact, there is evidence that nations without any natural resources are better nations than those who have them. This is because the more endowed you are with natural resources, the less you use your brain.

“There is also a saying that if you want to hide something from a Black man, you put it in a book. This is because it is believed that the Black man doesn’t read. We don’t want Ghana to be part of this curse, and that is why we have to support the GhLA to push the agenda of making Ghana a reading nation,” he added.

The minister commended the GhLA for the successes it had chalked up over the years.

“I grew up around a library where I spent much of my time borrowing books to read, but I couldn’t understand why all the libraries we had were in a very deplorable state. But now through some initiatives by GhLA boards, the authority has been revived from bones to life,” he said.

According to Dr Prempeh, the GhLA had, over the last four years, witnessed significant transformation through policy reforms and strategic initiatives.

First of all, he said, library services had been digitised to allow online public assess where library users could search for a collection of books without going through any difficulty.

The Chairperson of the GhLA Board, Dr Helena R. Asamoah-Hassan, explained that the organisation had gone through decades of dormancy as a result of dependency on only the government for funding its activities, such as research, capacity building, technology, infrastructure development and book purchases.

She pointed out that the government alone could not sufficiently provide all the needs for the smooth operation of public library services in the country.

“That is why the GhLA is establishing this endowment fund to have a lasting impact on the public library system in Ghana. We are seeking to mobilise philanthropic capital to support its growth and sustainability,” she indicated.

Tracing history, Dr Asamoah-Hassan said the public library system had played a significant role in the lives of many prominent individuals who had contributed to the development of the country.

“Let us allow our future generations to benefit from public libraries and let’s establish this fund to create a permanent stream of income that will benefit generations to come,” she said.