TUTAG to call off nationwide strike on Friday 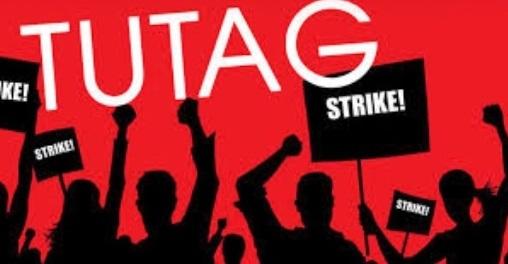 The Technical University Teachers Association of Ghana (TUTAG), says it will call off its ongoing nationwide strike Friday, June 18, 2021.

The decision was arrived at after a meeting with the National Labour Commission (NLC) on Wednesday, June 16, 2021, over the association’s demands.

The Association began a partial nationwide strike on Monday, June 14, to demand the payment of their 2018/2019 Research arrears, negotiation of their conditions of service, among other issues.

In an interview with an Accra-based radio station, Citi FM, the National President of TUTAG, Dr. Michael Brigandi said they are optimistic the NLC will fulfill its promise to the group.

According to him, the NLC has given the government up to September 15, 2021, to meet their demands.

“The meeting went well. We went to the main issues. They admitted that all that our issues were genuine, because on the same issues they had given a ruling but that was not respected …..And they gave a timeline for the government to meet all the conditions from now up to 15th September, 2021”

TUTAG goes back to classroom

NLC to meet Labour Minister, FWSC, others on Monday over TUTAG strike