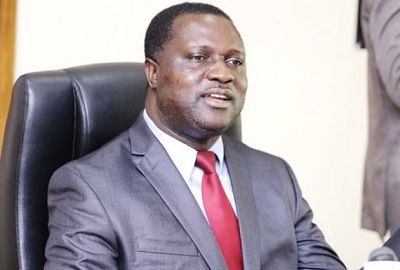 Stakeholders in the education sector have called for the extension of the National Education Week (NEW) to allow for comprehensive deliberations on issues bordering on education.

Instead of the current four days, they have called for an extension to five in order to provide opportunity for participants to interrogate and make more useful suggestions.

Though they admitted that this year’s event was successful, they were of the view that adequate time could have afforded the participants the opportunity to seek clarifications from duty bearers on their stewardship in the sector.

The blending of both in-person and virtual participation and the invitation on regional directors to present a report on their respective regions were innovations participants applauded.

For the Northern Regional Planning Officer, Mr Saani Awudu, the NEW concept was a brilliant one that afforded the ministry the oppotunity to listen to stakeholders.

He was impressed with the presentations from the regional directors on their regions, saying it was an added innovation.

He, however, believed that the duration was problematic because participants had to rush through some of the activities because of time constrains.

Mr Awudu said for instance that the various agency heads had brilliant information but were given minimal time, resulting in their inability to fully tell participants what happened in their areas of operation to elicit informed questions and contributions.

The Officer in charge of the UNESCO Multi-sectoral Regional Office in Abuja, Nigeria, Mr Mamadou Lamine Sow, said the event was a fantastic idea but added that the only challenge was the time factor, which did not allow enough questions for those who made presentations to respond to concerns.

The former Executive Secretary of the National Teaching Council (NTC), Dr Evelyn Owusu Oduro believed there had been some improvement in the attendance and topics treated this year.

"The inclusion of virtual links allowed more participation. One could switch to meeting rooms easily," she told the Daily Graphic.

Responding to that, the Chief Director of the Ministry of Education, Mr Benjamin Kwasi Gyasi, explained that but for the kind gesture of the sector minister, the celebration would have been held for only three days, stressing, “the important thing is that we should be able to achieve what we came here to do.”

He added that generally, he was happy with the quality of discussions and interventions during the period and gave the assurance that next year, the ministry would return to account to the stakeholders.

Mr Gyasi said the NEW was an important event since, “it allows us to do an assessment of what we have been doing, without which we may not be able to tell whether we are on course.”

Closing the programme, the Minister of Education, Dr Yaw Osei Adutwum, challenged the participants to contribute their quota to give quality education delivery in the country for the betterment of the future human capital.

He announced that the participation in NEW 2022 would have to be expanded to include parents from rural areas, selected district directors, teachers and students.

Dr Adutwum said there should be a day set aside to be called “Parents Day”.

He acknowledged the issue of time, giving the indication that it should be possible to add a day to the session to be able to exhaust the deliberations.

The Paramount Chief of the Essikado Traditional Area in the Western Region, Nana Kobina Nketsia V, challenged the participants to change and improve the educational system “to make a better Ghanaian and to make a better African.”

He pledged to build an Information and Communications Technology (ICT) centre in his traditional area and to use it to improve the lives of the youth in the area.

Nana Nketsia V encouraged Ghanaians to speak their local dialect with their children, “because there is philosophy in our local dialect.”