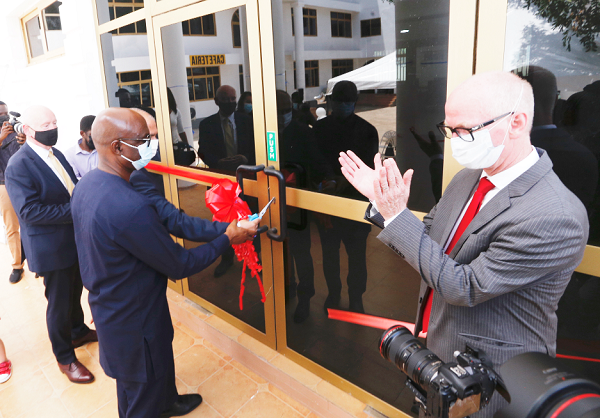 The government, through the Ghana Tertiary Education Commission (GTEC), has developed a new strategy aimed at encouraging private sector participation in the delivery of tertiary education in the country.

As part of the strategy, the government has decided to provide some incentives for private sector operators.

This was disclosed by the Director General of GTEC, Professor Mohammed Salifu, at the inauguration of the new Lancaster University Ghana campus.

He said the President had charged the commission to increase the country’s gross tertiary enrolment to 40 per cent by 2030 and in order to achieve that the commission needed private sector providers on board.

Prof. Salifu said the government had also done some reforms aimed at making it easier for the private sector to participate.

“Every private sector institution which is a tertiary education service provider now has four to six years to demonstrate its capabilities to stand on its own as an independent university.

“We have also scrapped the affiliation and there is no longer a requirement for you to be affiliated to an existing university to be given approval to run tertiary education programmes,” he stated.

In a bid to get more students enrolled into the tertiary level, Lancaster University Ghana has inaugurated its new campus at Tantra Hill, Accra, which has the capacity to take 3000 students and 300 staff.

The new campus boasts facilities such as smart classrooms, on-site hostel accommodation for students, multi-purpose sports complex and a cafeteria.

He said as the group continued to build on the programme offerings of its academic partner, Lancaster University, it was also taking steps towards building capacity in additional vocations.

He said the group was also developing its own curriculum as well as bringing in other partners who could help fill the gaps in the current offerings and the market demand.

He noted that the university considered STEM education, specifically computer sciences, healthcare, nursing and hospitality as significant short-term development in its product offering.

“These initiatives will be backed by other higher education campus developments in Nigeria, East Africa and South Africa,” he said.