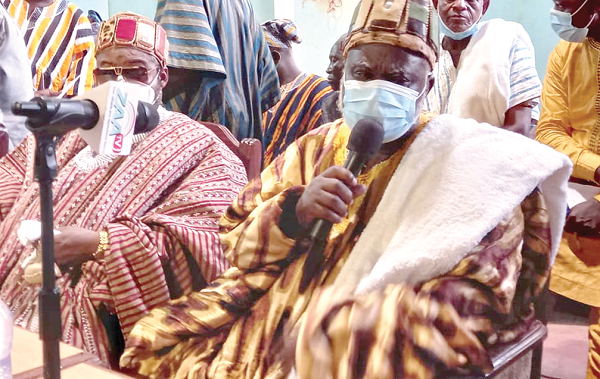 The Northern Regional House of Chiefs has called on stakeholders in the educational sector to develop strategies to improve on falling educational standards in the region.

The house made the call at a stakeholders’ meeting in Tamale, the Northern Regional capital, to appraise students’ performance in the BECE and the WASSCE in the region.

The forum was jointly organised by Norsaac, an NGO, and the Ghana Education Service (GES) .

The Paramount Chief of the Kumbungu Traditional Area, Naa Iddrisu Abu, who chaired the event, described the situation as unfortunate and said it needed the attention of the government and other stakeholders to employ realistic measures to address.

While urging his fellow chiefs to prioritise education-related matters in their respective jurisdictions, Naa Abu advised parents to take proper care of their children, including providing them with their educational needs, to brighten their future.

"We are going to visit schools from time to time to talk to pupils, students and teachers to encourage them. Traditional rulers must prioritise the future of the youth by initiating interventions that will brighten their future and bring development to their communities,” he added.

The Paramount Chief of the Mion Traditional Area, Naa Mahamadu II, proposed the holding of annual district education review meetings to make chiefs and the people appreciate the importance and standard of education in their respective communities.

The Northern Regional Director of the GES, Dr Peter Attafuah, commended Norsaac and other stakeholders for supporting his outfit to address the challenges of poor performance by pupils and students in the region.

He said the prevailing situation was a major concern to the directorate, and appealed to the chiefs to also let their voices of reason prevail in their various communities.

For his part, the Executive Director of Norsaac, Mr Mohammed Awal, said the expectation of the organisation was to see the region appear at the top of WASSCE and BECE performance league tables.