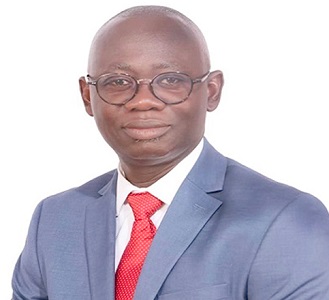 The Ghana Education Service (GES) has warned that any final-year student who foments trouble by engaging in any act of criminality in school will be dealt with according to the law.

Consequently, it has urged school authorities to report any criminal acts of students to the Ghana Police Service for investigations and possible prosecution.

Already, some schools have called for emergency Parent-Teacher Association (PTA) meetings to get both parents and wards to sign a bond of good behaviour which spells out sanctions in the event of the students engaging in such acts.

Some of the areas the students are identified to be engaged in are bullying and manhandling of first-year students, using mobile phones in the dormitories, dealing in drugs, wearing unapproved school uniforms and refusing to attend classes among others.

According to a communication to all regional directors of education in the country, the Director-General of the GES, Prof. Kwesi Opoku-Amankwa, said it had come to the notice of the service that some final-year students tended to play truant after successfully registering for their final exams.

Prof. Opoku-Amankwa added that the GES had also noticed some students did not only become truants but in addition engaged in other illicit behaviours which amounted to criminality.

He listed such behaviours to include “dealing in drugs, bullying, wearing unprescribed attire, use of mobile phones on school campuses and blatant disregard for school rules and regulations”.

“The GES would, therefore, like to inform parents whose wards engage in such acts that the actions of their wards carry hefty penalties.

“These include deboardinisation, where such students will no longer be accommodated by the school; writing the examination under police/parent escort and the West African Examination Council (WAEC) not admitting them to the examination centres to write the papers.

“Students under police investigation during the period of the BECE and WASSCE will be allowed to write their papers under police escort,” Prof. Opoku-Amankwa warned.

Students with disciplinary issues in the school, he further explained, could only come to the exam centres accompanied by their parents and in some cases, both parents and police.