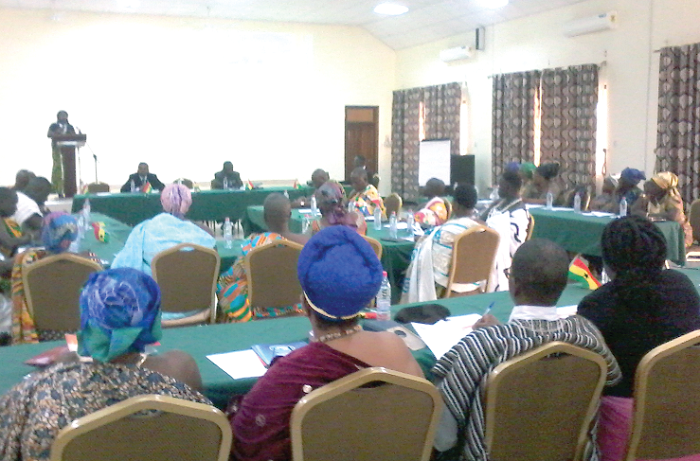 Chiefs have been advised to seek higher education and leadership skills to help accelerate development in their communities.

The President of the Africa Chieftaincy Transformational Leadership Institute (ACTLI), Dr Francis Atiah Maltiby, who gave the advice noted that the structure and system of development would gradually but surely fade out unproductive chiefs.

He was addressing about 60 queenmothers and chiefs in the Central Region at a day’s seminar to educate them on how to seek support to accelerate the development of their communities.

The programme was organised by ACTLI, in collaboration with Egret Consult Limited.

The participants were taken through topics on sustainable community development, negotiation and community peace and global political economy.

Dr Maltiby charged the traditional rulers to step up their leadership skills and think outside the box for innovative ideas that could improve their communities.

He noted that though chiefs had powers, they failed to utilise such because they had refused to move out of their comfort zones.

He said it was important that the 21st century chief educated himself to the highest level possible and aimed at developing leadership skills, noting that education and good leadership skills, were necessary tools for the development of a community.

Dr Maltiby stated that after a three-year research into the chieftaincy institution in Ghana and Africa, it was realised that the institution needed a radical transformation where chiefs would see themselves as servant leaders rather than ruler leaders.

“In future, your blood line will not be enough for one to be a chief. Your subjects will hold you accountable for your leadership,” he stated.

Dr Maltiby advised them to negotiate with the right stakeholders who had the capacity to help in building transformed and developed communities.

The Chief Executive Officer of Egret Consult Limited, Mrs Mary Anang, urged the participants to be bold and get involved in the running of their communities because they had a very crucial role to play in community development.

She admonished them to put their words into actions and work towards changing the current state of their communities by bringing developmental projects to their people.

Some of the participants expressed concern about the politicisation of the chieftaincy institution and said it was time chiefs took over in ensuring the development of their communities.

Another participant admonished his fellow chiefs to accept change and learn leadership skills to help them in running their communities properly.