9 Centres of excellence to scale up postgraduate education 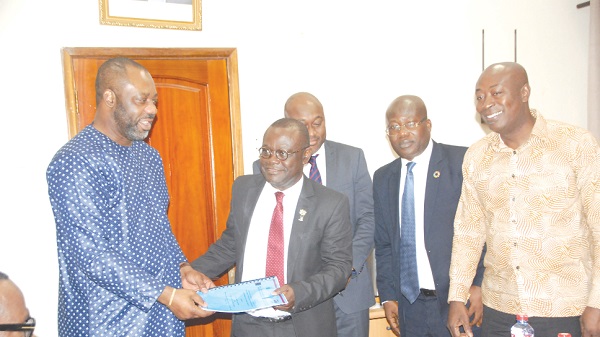 Nine African Centres of Excellence for Development Impact (ACE impact) have signed a performance and funding agreement with the Ministry of Education to focus on scaling up postgraduate education in the country.

The centres hosted in five public universities in the country, were also tasked to scale up applied research that was fundamental to economic growth in the region.

These centres were part of the first phase of the ACE known as the ACE-1 launched by the World Bank in 2014 for West and Central African countries. The three were among 22 Regional Centres of Excellence in Africa.

The total commitment of the government to the ACE Impact is about $60 million, out of which all the five new centres will receive $6.4 million each while the three renewal centres and the College of Engineering each receive $5.5 million.

Further to this, the government is allocating $2 million to meet the country’s obligations under the Regional Skills and Innovation Fund (RSIF) of the Partnership for Skills in Applied Sciences, Engineering and Technology (PASET).

Addressing the leaders of the centres and their Vice Chancellors, Dr Prempeh commended all the universities and centre leaders who made it through the competitive selection process.

“Permit me, however, to emphasise for avoidance of doubt that the entire amount is an International Development Association (IDA) facility accessed by the government, but it shall be given to the beneficiary centres and universities as grants for the targeted postgraduate training and research.

“It must, therefore, be seen as part of the overall investment by the government in our institutions of higher learning,” Dr Prempeh stated.

The Vice Chancellors of the beneficiary universities were all excited that the grant would help increase admission of postgraduate and PhD students not only from Ghana, but from the sub-region.

They were also happy that through the fund, some of their laboratories would be equipped with state-of-the-art equipment to boost research and postgraduate training.

The Vice Chancellor of the UG, Prof. Ebenezer Oduro Owusu, pledged on behalf of the centres hosted by the university to follow strict procurement process for the utilisation of the fund.