Woman, be ambitious without apologies 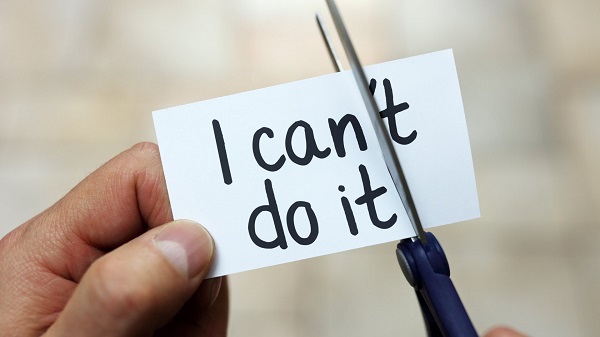 When a married woman drives a car, the first assumption is, “Her husband bought it for her.” When a single woman drives one, the immediate conclusion is, “it belongs to her fiancé”. If a wife dies, no one asks her husband any question on assets.

However, if a husband dies, there will be a tug of war between his family members and the widow because they assume everything the couple ever owned was achieved all by the man alone.

The toxic mentality of perceiving women as inferior beings has seeped through every crevice of our society. A man is the head but a woman is not the tail. A woman is not an afterthought of God’s creation. Any good thing that a man deserves, a woman does, too.

In a society that regards a woman as half a man, every system in there disfavours the former. When a man is single after 30, it is a norm while a single woman at thirty is believed to be pompous or a flirt who can’t keep one man.
When a man owns a house, it is assumed he bought it himself. When a woman owns one, she probably slept her way through to get it.

We need to be conscious about raising ambitious women. In our own little ways, we need to shatter the glass ceiling that society has built to limit our daughters, wives, sisters and mothers. We should not project toxic narratives that put women in the second place of life.

Woman, own up to your dreams. As a single woman, don't allow society to dictate to you the size of your ambitions. Ambition is not a crime. You owe society no apology for being an ambitious single woman.
You don’t need to apologise for having a dream and passionately pursuing it.

It is not your fault that you are an accomplished woman. Don’t blame yourself for being able to climb the academic ladder farther than others. If you have been able to build a business singlehandedly as a single woman, there is no need to be scared men will be scared of you. The right people will always be attracted to you.

Especially in Africa, we try to limit how big women should dream. We somewhat describe little thinking as modesty as long as a ring is involved. Single women are, thus, forced to reduce the size of their ambitions to increase their chance of marriage.

If a man is scared by where you are and where you are going, you both are obviously incompatible. If being without a dream is what your suitor prefers, that tells you the size of his dream.

It is a glaring red flag for a man to be agitated by what you have single handedly done and what you are capable of doing as a couple. Every good man will raise the standard of their ambitions to get to where you are... instead of forcing you to reduce yours. A man who has you at heart will have your dreams in mind.

No man is worth sacrificing your dreams for. If you want to further your education, have nothing standing in your way. If it is your talent you want to pursue, go all out. A man should never be the reason your dreams will die.
Unless marriage is your biggest dream in life, don’t give up your passion for it. Be selfish when it comes to your dreams!

Be unapologetically ambitious. Never be afraid to spell out your vision to people. Your big dreams are not the reason some men are scared of you. They are afraid of independence. The thought of a self-reliant woman who they cannot abuse or push around scares the hell out of them.

It is better to be single and independent than married and making a man your oxygen. It is better to have a career topped up with peace of mind than to be tagged as married yet you daily see your dreams fading away.

The top secret most married people hide from single ones is that life is bigger than marriage.
We have a lot of abusive marriages today because we have raised women to assume that their source of life is a man. We have denied our daughters their sense of independence because we have inculcated into them the culture of being taken care of by a man.

Today, immediately you ask a young woman out, she automatically becomes your orphan. She expects you to pay all the debts she ever owed.

We have succeeded in reducing relationships to a sex trade. The woman expects money. The man expects sex in return. Trust me, a woman who makes her own money will make her own decisions, too. She will not be coerced into a sex-trade in the name of a relationship.

Woman, if you could be the best of yourself single, so be it. If you could live life to the maximum being married, go for it as well. At all cost, prioritise your dream and its essence to humanity over walking down the aisle.
Go for that PhD if you can. Start that small business without fear or favour. Add value to yourself at all costs. Marriage should not be the reason you should give up on your dreams.
Following your passion as a single woman doesn’t mean looking down on men. Being an ambitious woman is not about despising a man for what they don’t have because of what life has blessed you with.

A woman of ambition knows that life has been engineered with balance. They know their worth but they also know that they are not of more worth than others.

Never assume I am against marriage. I am happily married. However, before my wife said “I do” to me, she had already said “I do” to her passion. I was not her priority. Her dreams were.

The writer is a playwright and Chief Scribe of Scribe Communications, an Accra-based writing company. His play, Emergency Wedding, is on December 18, 2021 at National Theater. Visit www.scribeproductions.com for more details.