What happened to us? 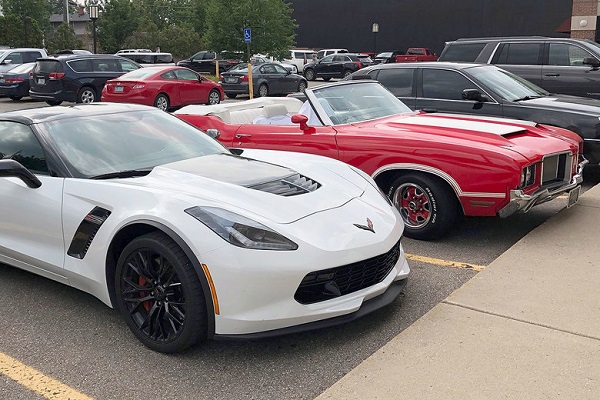 When did having a lot of money or cars become a prerequisite for happiness?
30.5k Shares

Imagine that the President comes to give his usual nation’s address, quotes Kwame Nkrumah, and says, “At long last, the battle against COVID-19 has ended! And thus, Ghana, our beloved country is free forever!”

Although this isn’t likely in the shortest time, in an attempt to draw your minds to some essential issues, how would life be like post-COVID-19?

To attempt to answer this question and draw your attention to some vital issues, I would like you to introspect for a moment about how complex our lives have become from all the restrictions and protocols we have to adhere to.

In addition, I will state some of the observations I have made and some issues that have come up over the course of this pandemic.
Robert Brault, an American writer, said: “Enjoy the little things in life, for one day you may look back and realise they were the big things.”

Robert Brault should be called a prophet. It seems to me that he had a premonition that there would come a time when the little things most people disregarded would become all that mattered. What happened to us? When did we relegate the essentials to the back?

A story is told of a gentleman who lost his father to a very rare disease. Although the prognosis wasn’t good, most of his siblings did not want to come to terms with the fact that their father was going to be no more. The day came and their father kicked the bucket.

This gentleman’s siblings were devastated but he was not. On the day of the funeral, the gentleman had to read the tribute for the siblings which took everybody aback. He said, “When the doctor gave dad the news that he had the condition and that he had a few weeks to be with us, although I was devastated, it dawned on me that we don’t have forever to live and that waiting for the perfect time to do things was risky.

“Thankfully, I made a lot out of my time with dad and although it is supposed to be a sad day, I am glad because I never lost sight of what living was.” If we were in the story, most of us would be the siblings and other relatives who did not make time to live. We have sucked the simplicity out of our lives.

Confucius would be upset with us if he were alive today. He believes that, “Life is really simple, but we insist on making it complicated.”
What happened to us? When did we redefine living? When did having a lot of money, degrees, cars, etc. become a prerequisite for happiness?

I remember vividly that during the lockdown, people posted videos of themselves doing things they didn’t make time for. Some spent time with their families whilst others used the time to reach out to the parts of themselves they had ignored. What happened to us?

When did people’s lives become our standard for a living? When did we become so obsessed with counting the wins of other people that we no longer appreciate all the wonderful blessings in our lives? What happened to us? When did happiness become so expensive that it became a reserve for the rich?

What happened to us? When did we become so obsessed with becoming that we forgot about living? It’s not a problem to aspire to be great. It’s no big deal to want to achieve more. The problem is that we have reduced life to achieving rather than living and this has led to the redefinition of some essentials such as happiness, luxury, etc.
What happened to us?