What do you know about prostate cancer? 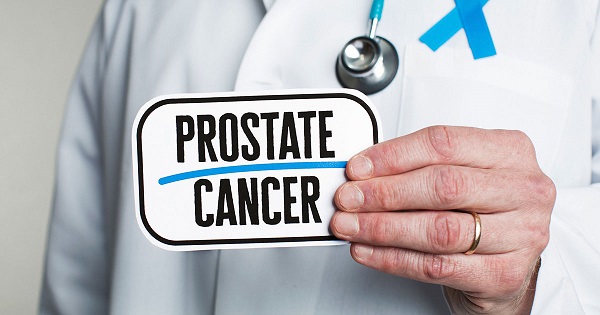 There is a strong correlation between increasing age and developing prostate cancer
30.5k Shares

September was Prostate Cancer Awareness Month and the whole world focused on it with the aim to improve the care and welfare of those affected by prostate cancer, increase investment in research and raise public and political awareness of a long-neglected disease.

Prostate cancer is the second most common cancer among men, and approximately one man in eight will be diagnosed with prostate cancer during his lifetime.

The prostate is a part of the male reproductive system. It is normally about 3cm long located at the neck of the bladder and in front of the rectum. The prostate surrounds the conduit of urine from the bladder called urethra and produces a milky fluid which adds to the semen mix.

It is the most common cancer in men apart from skin cancer worldwide. Like all cancers, normal prostate cells can undergo a transformation in which they grow and multiply without normal controls, and also differentiate and spread to adjacent tissues.

Prostate cancer has increased in frequency, due in part to the widespread availability of serum Prostate Specific Antigen (PSA) testing. However, the death rate from this disease has shown a steady decline due to improved treatment facilities.


The specific cause of prostate cancer remains unknown. However, hormonal, genetic, environmental and dietary factors are thought to play various roles. Yet, the only well-established risk factors for prostate cancer are age, ethnicity and heredity.

Age: There is a strong correlation between increasing age and developing prostate cancer. The incidence of prostate cancer increases a thousand-fold from age 40 to 80.

If two or more first-degree relatives are affected, the risk increases by five to 11-fold. One should be checking regularly his PSA values to detect early if any, especially so when there is a family history.

Diet: Dietary factors may influence the risk of developing prostate cancer. Specifically, total energy intake and dietary fat have been incriminated. In addition, there is some evidence to suggest that obesity leads to an increased risk of having a more aggressive, larger prostate cancer, which results in a poorer outcome after treatment.

Infection: The role of sexually transmitted infections has been investigated and recent evidence points to it as one of the causative factors for prostate cancer.

People who have had sexually transmitted infections are reported to have 1.4 times greater chance of developing the disease compared to the general population.
Chemicals: Exposure to certain chemicals such as cadmium has been implicated in the development of prostate cancer.

Recent conclusions suggest that vitamin E does not only fail to prevent prostate cancer but actually increases prostate cancer risk. Also, vitamin C, which was viewed as one of the preventive measures of this condition, was found in a recent study not to reduce the incidence of prostate cancer.