Time is of the essence 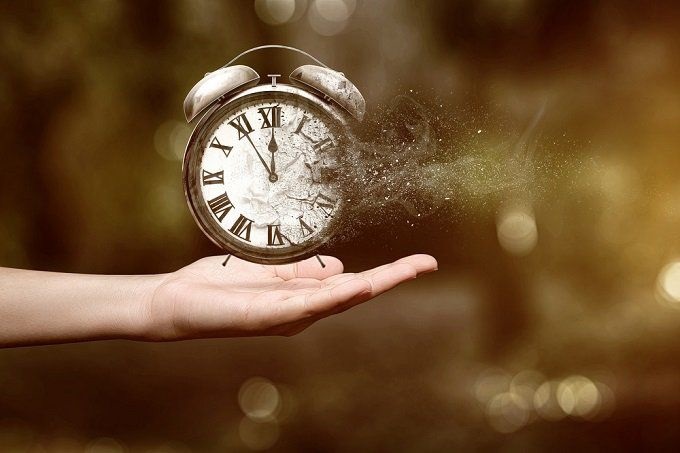 Listening to speeches delivered in-person, and in some cases through video links by world leaders at the ongoing 26th UN Climate Change Conference of the Parties (COP26) in Glasgow, brought home other dimensions to the potential dangers facing the world due to environmental degradation.

Well, it isn’t the case that this was the first time that l was engaging myself in issues bordering on negative attitudes to climate change and therefore, seemingly find the adverse impact worth some further thought. No, far from that.
l have championed the climate change story for over a decade, and have on occasions had the opportunity to be part of panels devoted to discussions on climate-related risks. So no novice at play here!

However, this time though, there were other heart-warming revelations at COP26 that heightened my interest and caused me to reflect on climate-related risks a lot more.

In the main, the speakers made other revealing facts about the climate change story that resonated well with some of the fundamental principles in financial decision-making, therefore affirming the same to be true. This is purely the case of travelling beyond one’s field of endeavour to find solutions to irksome problems.

The British monarch was the first to arouse my interest further in COP26 and gained my attention on the need for “time” to be of the essence in the climate debate.

The Queen’s call for “time for action”, as she expressed her hope that the various actors in the climate space would “rise above the politics of the moment, and achieve true statesmanship” in dealing with the climate crisis was a masterstroke for me.
The video address also touched on why there was the need for “a safer, stabler future for our people and for the planet on which we depend”.

“It has sometimes been observed that what leaders do for their people today are government and politics. But what they do for the people of tomorrow – that is statesmanship.

“I, for one, hope that this conference will be one of those rare occasions where everyone will have the chance to rise above the politics of the moment and achieve true statesmanship,” the Queen said.

“It is the hope of many that the legacy of this summit – written in history books yet to be printed – will describe you as the leaders who did not pass up the opportunity; and that you answered the call of those future generations. That you left this conference as a community of nations with a determination, a desire and a plan to address the impact of climate change; and to recognise that the time for words has now moved to the time for action,” she added.

Indeed, time is of the essence in dealing with the climate crisis and the sentiments expressed by the Queen reflected the interest and desire of most of the leaders present at the meeting who had the opportunity to speak to the community.

For me, it was the time factor, the element introduced by the Queen that motivated the write-up for this week because l was able to connect to the import of her statement. Have you ever wondered why, sometimes, a minute delay under some circumstances can lead to catastrophic events?

I am pretty sure that this question is familiar in many aspects of life, but on this occasion, just permit me to use the field of finance to draw some parallels here.

And to set off, just consider the case of a production manager in a busy manufacturing plant. In serious and business-minded environments, deadlines are sacrosanct.

Orders for the production line are expected to be delivered “just-in-time” so that the production chain is not broken at any point because there are several dependencies on every required part of the chain.

Now, if this production manager is not able to have parts delivered “just-in-time” for the production cycle to operate well, what do you think would be the result?

Yes, it could be just a 10 minutes’ delay, but that could provide sufficient grounds for the contract to be terminated. Time, indeed, is of the essence.

That apart, there is also another critical impact of time on financial decision making. This is the popular Time Value of Money used by experts in the field of finance. Are you aware of how the Time Value of Money plays out in finance? Simply put, it is that basic financial concept that tries to explain as why the present value of money is worth more than the same sum of money to be received in the future.

That said, can you create a link between this concept and risk managing the climate crisis?
Of course, you will be forgiven if you can’t find any link- just yet- because this is all based on my understanding of events! World leaders may agree on a deal that aims to halt and reverse global deforestation over the next decade as part of a multibillion-dollar package to tackle human-caused greenhouse gas emissions which was part of the historic declarations made at the COP26 to tackle CO2 emissions.

However, if the world can deal with this menace in say five years instead of 10 years, the value accrued would be far more than waiting for 10 years. Time is of the essence and underpins value in most cases.
This is the link that played out from my understanding of the Queen’s speech.

The Queen has made time “of the essence” in the climate risk management process and also world leaders like Xi Jinping, Jair Bolsonaro and Joe Biden, have all made commitments to the fight.
In fact, by signing the Glasgow Leaders’ Declaration on Forest and Land Use, presidents and prime ministers from major producers and consumers of deforestation-linked products have committed to protecting forest ecosystems.

The fresh commitments on cutting greenhouse gas emissions, which comes as more than 120 world leaders came together in Glasgow, should be valued and placed in the context of time.