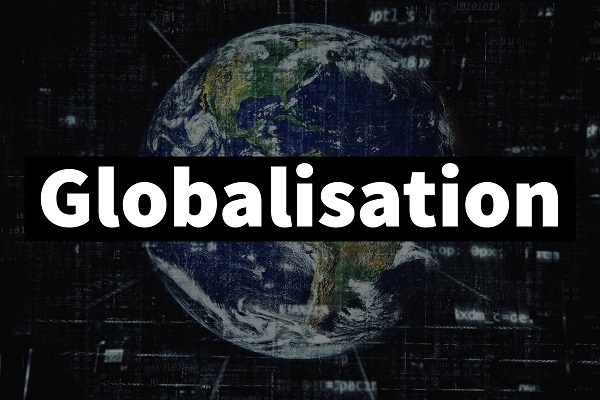 I set the stage, and also offered some background information on some of the perceived ills of globalisation, to the effect that some critics deem the phenomenon as zero-sum. So, what indeed is the notion of zero-sum?

Well, in game theory, zero-sum is used to describe situations in which the loss suffered by one person is actually equivalent to another's gain, and vice versa. The net effect here is zero, so long as one person is gaining and another is losing, in equivalent measure.

And to that effect, when applied to the concept of globalisation, those against it have always argued that it is skewed somewhat; to the extent that today the “haves”, seem to be gaining at the expense of the “have-nots”, hence, widening the gap between the rich and poor. The rich and poor here refer to the developed world, and the rest! To critics, therefore, globalisation has widened inequality, and so long as wealth is not evenly distributed it will continue to fuel inequality. Maybe!

But is that really the case? I don’t think so. As l explained in last week’s edition, I have experienced the forces of globalisation at work influencing society in a positive way. Having lived through parts of the “phases” of globalisation, l am of the strong opinion that it has helped many countries to leapfrog the challenges that others faced in their quest to develop.

Okay. Let me be clear before l continue. By the reference above, l am not trying to sound 100 years old, and that l saw the globalisation forces that had gained so much prominence after the First World War, and perhaps the formation of the various global bodies such as the United Nations and the like, following the Second World War.

No, l am talking about the simple forces of globalisation that have had positive impacts on people’s lives through the 80s to date- where l can relate!Yes, globalisation may be blamed for its shortcomings in the modern economy and society but if you look at the remarkable increase in living standards due to tighter trade, improved technology and financial integration you can see why sometimes the backlash against globalisation is not justified. And l hope you can also see why l am bullish about the forces of globalisation.

Practicing financial journalism in great detail in the late 1990s to the middle of 2014, I had the opportunity to cover trade-related events as part of my routine activities. In fact, I have very fond memories of some of the work that l did on the beat. Let me just share one, relating to globalisation issues. I had the opportunity to engage African trade ministers taking part in a trade event in the United States of America after the enactment of the African Growth and Opportunity Act (AGOA) by the US government in 2000. Following my early involvement in this economic policy by the US government, l followed, wrote and researched on AGOA activities- and its impact on global economic growth. This desire and interest earned me various other engagements too, including attending a World Trade Organisation (WTO) meeting in Geneva when Mike Moore, a former Prime Minister of New Zealand, was the Director-General of the WTO. Moore was the Director-General of the WTO from 1999 to 2002.

In all of these engagements, one thing that stood out in deliberations was how the multilateral trading system could be improved by globalisation, or was impacting and reinforcing the forces of globalisation. Market access considerations were given to the “least developed countries” in many ways, except that some of the least developed countries had structures that were not fit-for-purpose. Hence some developed countries were concerned about unfettered market access. That also gave globalisation a bad name. Of course, trade discussions were not and are still not smooth all the time; but today the benefits of trade to the global economy are there for everyone to see, smoothening discussions somewhat.

Again, let me bring you to one significant development today that you may not have considered to be due to the forces of globalisation. Here, I am referring to the structural changes in the global economy due to the health and economic problems that the COVID-19 pandemic has unleashed on all of us. As the understanding of the real impact of the pandemic deepened among the population, l took a closer look at the situation, vis a vis globalisation, and the multilateral trading system. The lockdown and restrictions introduced by countries as part of the containment measures soon restricted movements of goods and services in-country and across countries. The bottlenecks created soon impacted negatively on global supply chains, with consequential effects on all countries. The severe effect caused a rethink, I believe. I realised, from various literature, that those who would have ordinarily defended trade restrictions were now talking about fear of protectionism because of the restrictions and the containment measures introduced to contain the pandemic.

What l am trying to say here is that whereas for over half a century discussions on globalisation, especially aspects that relate to the multilateral trading system, had received strong backlash, the mood is certainly not the same now.

Trade integration has influenced many other areas of the global economy to develop in tandem, especially financial linkages. Trade relies on financial linkages. Here too, let us look at some practical examples. Bank A, with international operations, would be able to provide trade financing and other trade related services, including invoice discounting for its customers into foreign markets.

Trade denominated in a foreign currency also helps countries to secure the needed foreign exchange to buy other essential commodities from other countries—including medicine— for citizens. The benefits are enormous indeed.

Today, some firms have built capacity in a foreign country with an attractive skill or resource base in order to export from there or harness the other opportunities present there. That is the import when we describe some companies as multinationals. In effect, tighter global economic integration has been hugely beneficial, and that globalisation has been instrumental in raising living standards, and has helped lift large parts of the world population out of poverty.

All in all, l am referring to globalisation as the ease with which business activity, that is, products, services and people, spread across international borders. Today, even on our television sets we have increased choice of programmes, and higher quality of programmes because we can source content from other international markets too thanks to globalisation. When you are able to get products and services from various sources, it increases competition, creates economies of scale for producers also; creating improved user experience along the chain. Overall, there are cost savings too. A world without international borders is always useful.

Let me also add that despite all the nice things that l have written about globalisation, I think it is still work in progress. This is because there are some countries that still have trade sanctions in place, which prevent economic engagement with other countries; some due to geopolitical problems. But at the root of this concept is international trade. This is not a new phenomenon — it’s ancient, in fact. Despite all the perceived ills of globalisation, it is still important to the global economy.