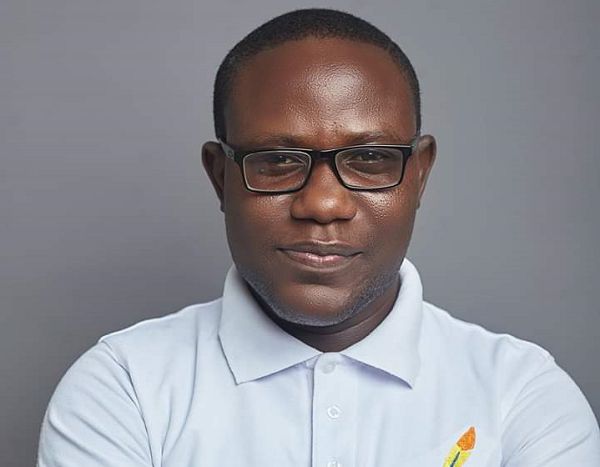 “I wished for death.”— A victim of rape.
Imagine struggling with a man or woman over YOUR body. Imagine being overpowered. Imagine your pants being torn by this hungry being. Imagine the content of your pants being feasted on by this greedy being. Imagine yourself wailing while they are laughing. Now… imagine having to pick yourself up and walk back home all alone after this ordeal with blood-soiled clothes. You can’t imagine but… you have just been raped!

A report by the Domestic Violence and Victim Support Unit (DOVVSU) of the Ghana Police Service revealed that approximately six (6) women were raped every week as compared to a man raped every year between 2011 and 2016. Within the same period, a total of one thousand eight hundred and fifty six (1,856) women were reportedly raped. Mind you, for every single reported rape case, there are several others that were never reported for the sake of many reasons, especially stigmatization.

Rape ruins a person’s ego. It rips apart their sense of self-worth. It takes away from them something irreplaceable— something justice can’t even pay for. When people are raped, their ego is tossed over into a trash can. The rapist treats them like a piece of trash, discarding them after use.

A victim’s confidence is destroyed by that single experience. The volume of their ego is muted. For the rest of their lives, the name of their rapist will send shivers down their spine. The day, time and place where the act took place will forever be etched on their minds because rape steals the state of mind of its victim!

Rape is like an injury. The wounds may heal but the scars live with the victim forever. For a rapist, the act of rape is a few minutes of pleasure. For the victim, however, it is a lifetime of pain. They may have to be haunted by this experience all of their lives. Their ruined ego may turn them into what they are not. They may end hating sex and marriage. They may end up being tribalistic. They may end up having an unending hatred for men.

It is not easy for one to get over an injurious act such as rape. With all the pain they are subjected to, it may take a lifetime for victims to admit that they have recovered from such an experience. Hence, before the thought of forcefully having your way through with someone crosses your mind, think about the permanent scar you will be leaving on the skin of their soul.

Victims of such a dastardly act as rape would prefer death because the consequences of the former are dire. Like a burglar, a rapist breaks into the home of a victim’s body and steals away their innocence. They leave behind STDs and pregnancies. They leave behind indelible memories that can mess up the destiny of these victims.

Most victims are never able to voice out their tragedy. Sometimes, they don’t have enough strength to do so. Oftentimes, however, they don’t have enough strength to face society. “What were you doing there?” they would be asked. “If your skirt were a bit longer, it would have been avoided,” they will be told. Instead of blaming the perpetrator, the victim will be at the center of blame.

Every moment you find an excuse for rape, you mute the victim and empower the rapist. Rape is not excusable, regardless of the circumstances under which it happened. No one has the right to another being’s body. Just as nobody has a right to someone’s room regardless of how ajar their doors have been left, no man has the right to a woman’s body, no matter how naked they appear!

Rape is like robbery. It is never the victim’s fault. It is not because the victim was not protected enough. It is not because they went inviting the perpetrators. If we don’t blame robbery victims, we can’t blame rape victims. A victim was not at the wrong place. It is the rapist whose lust was misplaced. A victim’s skimpy clothes were not the reason. The unquenchable libido of the rapist was the reason!

If people are robbed, we don’t go accusing them of flaunting their wealth. Immediately a woman is raped, however, a thousand and one excuses pop up. There is no excuse enough for rape. There are three accomplices of rapists; those who find excuses for the act, those who blame the victim and those who stigmatize the victim. The more we find excuses for rapists, the more we applaud them.

If babies are raped, it goes without saying that it is not about how long or short a skirt is. If well-dressed women have been sexually assaulted, it becomes obvious that indecent dressing is not the cause of rape. The cause is a rapist having an untamed lust— whether young or old!

Uprooting rape is men education. When we raise our boys as humans with common sense, they will grow up to treat women as beings in whose pants is a product not for public consumption.

Kobina Ansah is a Ghanaian playwright and Chief Scribe of Scribe Communications (www.scribecommltd.com), an Accra-based writing firm. His new play is “Emergency Wedding”.