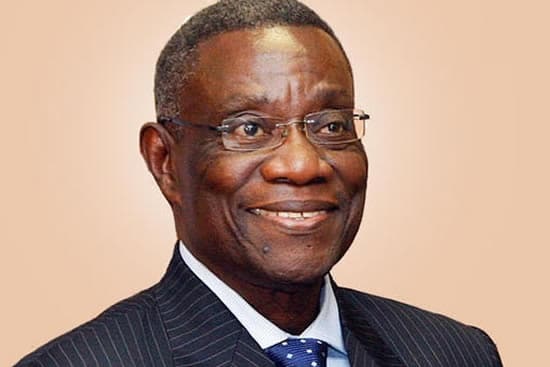 WE fondly remember former President Prof. John Evans Atta Mills as an exemplary national leader. He was a man of great humility, love, and unity.

His role and journey as the President of the Republic of Ghana was from start to finish a journey of fait h. On the day he died, I had religious conversation with him earlier that day. He looked calm and serene. I never knew it was time for him to exit this life on earth and be present with his Maker.

The following are ten things about the faith-life of the legendary President John Evans Atta Mills:
He experienced God’s divine intervention and restoration. I recall that in January 2008, I had gone to invite Prof. Atta Mills to the induction into office of our friend, Rev Dr Emmanuel K. Gbordzoe as Moderator of the Global Evangelical Church at Ho in the Volta Region. He declined. He was not in the best of form in health. His energy was low. But later, on January 6, 2008, the day for the Induction service, he called me at dawn to say he would go to the induction service at Ho. Towards the end of the Induction service, earnest prayers were offered for him, and that the Lord Jesus Christ would work out His purposes for his destiny.

Prof. Atta Mills one day testified at the Sunday afternoon Castle Worship Service that, just after the prayer for him at the induction service, he felt a touch of God on him, and he stepped down from the platform to a very spectacular and jubilant welcome from the congregants who had gathered from all over the country.

And as he went round to greet them, he personally experienced the lifting off, of the heaviness and very low energy that was his lot for the previous few months. The Holy Spirit had touched him. He experienced divine intervention and restoration. On that induction church service grounds, he abandoned the idea of throwing in the towel to pursue political office as President. Fresh hope had been ignited in his soul and he went on to campaign vigorously and win that election as President.

He had personal saving faith: he was a genuine Christian who knew Christ personally. In his spiritual journey, he experienced a unique baptism in the Holy Spirit at a meeting of the Legon Chapter of the Full Gospel Businessmen’s Fellowship International, and at the time being led by Prof. James Anquandah. He also had practical living faith. For him, “Jesus Christ is supreme and sufficient” President Atta Mills said,

“I won the election to become President of Ghana, because of the finger of God.”
He lived a life of forgiveness. He was forgiving to a fault. He forgave political actors who had maltreated him and his wife, and his family and friends. Others were pressing him to fish them out and send them to jail. In fact, he asked for the prompt release of those who had maliciously and wrongly insulted and attacked him in the media and on other platforms and were arrested. You could not hear a smell of vendetta in his decisions and policies.

He shared his faith in Christ with visiting Presidents and international dignitaries. He asked them to join him in worship at the Castle Sunday afternoon services. I remember him requesting that I preach on different occasions when he had these international guests in attendance. Two sermons’ titles come to mind: “The Divine Exchange” and “Freedom from what and for what? - Freedom from slavery to the power of sin; punishment or wages for sin; and from the presence of sin; when Christ shall come again and take us to be with Him. And freedom for living a life of love, godliness, and integrity.

He lived a self-less and sacrificial lifestyle in the Presidency. He was a saint. But he was not a man of sin-less perfection. He worked for the common good.

He believed in the corporate prayer power of the Church and called for “National Prayer and Thanksgiving”. He believed in the God-factor and prayer-factor as well as very hard work for building a better Ghana.

He served as President for all. No one competent for the task on hand would be excluded. His response to continued engagement of Zoomlion services was “I will work with those who are competent and have the tools”

He lived a very practical “corrupt-free” life. In this he demonstrated “the power of leadership example” He was a man of integrity.

He loved hymns and particularly his Methodist Church Hymns and their impact on him was visible. It is apt to conclude with his favourite hymn.

Begone, unbelief,
My Saviour is near,
And for my relief
Will surely appear;
By prayer let me wrestle,
And He wil l perform;
With Christ in the vessel,
I smile at the storm.
Though dark be my way,
Since He is my Guide,
Tis mine to obey,
Tis His to provide;
Though cisterns be broken,
And creatures all fail,
The word He hath spoken
Shall surely prevail.
His love, in time past,
Forbids me to think
He’ll leave me at last
In troubl e to sink:
Each sweet Ebenezer
I have in review
Confirms His good pleasure
To help me quite through.

Since all that I meet
Shall work for my good,
The bitter is sweet,
The medicine, food;
Though painful at present,
’Twill cease before long,
And then, oh, how pleasant
The conqueror’s song!

Finally, former President John Evans Fiifi Atta Mills was a man of peace and worked for peace – nationally and internationally. He beautifully wore the mantra of “Asomdwe hene” - King of Peace!!