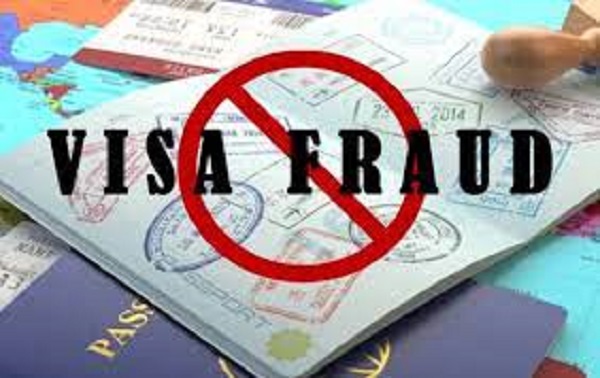 A Pastor, Elizabeth Boduwaa, popularly known as Osofo Maame, has appeared before the Shai-Osudoku District Court in Dodowa for allegedly defrauding two persons under the pretext of acquiring Canadian visas for them.

The accused who pleaded not guilty to the offence is said to have promised the people visas to Canada, Turkey, Spain, Singapore, Andorra or Russia in exchange for an amount between GH¢8,000.00 and GH¢9,000.00.

Facts of the Case

Sergeant Ayishetu Alhassan, who presented the facts of the case to the court presided over by Bridget Akpe Akattah, said the complainants, Enoch Frimpong Boateng and Sampson Kofi Addo, made a report at the Gbetsile Police Station in Accra that in May 2021, Boduwaa promised to secure them visas to Canada in one month.

Boateng and Boduwaa were said to be friends and both live in Afienya, a suburb within the Shai-Osudoku district. Boateng thus trusted Boduwaa to deliver the visas. As a good Samaritan, Boateng informed his friend, Addo, about the deal and he also became interested. Boduwaa then asked them to bring GH¢8,000.00 and GH¢9,000.00 each as visa processing fees, a sum they allegedly paid in full.

Sergeant Alhassan added that Boduwaa, upon failing to deliver the said visa, told lies to Boateng and Addo that her connection had failed. She then told them she could secure them visas to Spain instead.

It was at this point that Boateng and Addo began suspecting Boduwaa but still trusted her again when the Turkey visa failed and she promised Russia.

At this point,  Boateng and Addo realised the so-called visas were not going to come, and that they had been scammed. They quickly reported the case to the police after attempts to retrieve their money from Boduwaa had failed.

“After investigations, Boduwaa was charged with two counts of defrauding by false pretence,” the prosecutor explained.

The ongoing trial has been adjourned to February, 17, 2023 by the judge for the prosecution to prepare their witnesses.