VIDEO: What happened when I took my job search to the street - Unemployed graduate speaks 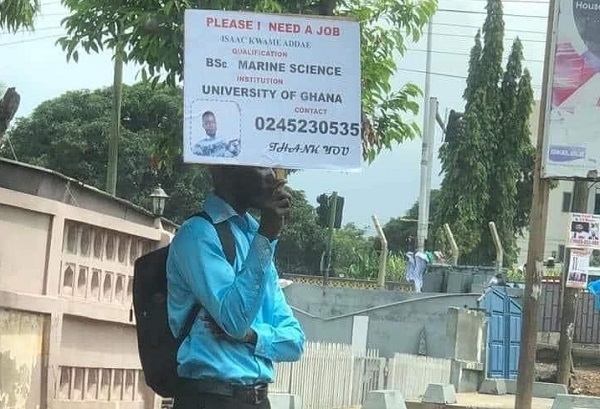 VIDEO: What happened when I took my job search to the street - Unemployed graduate speaks Follow @Graphicgh

An unemployed university graduate who went viral on social media after he took his job search to the streets says he is still searching for a job despite an estimated 50 requests for his résumé.

A photograph of Isaac Kwame Addae carrying a placard detailing his academic qualifications and his plea for a job was widely circulated early this week on social media.

His novel way of job search caught the eye but the University of Ghana student says he is yet to receive a concrete offer of employment although a lot of people have reached out to help him with his search. 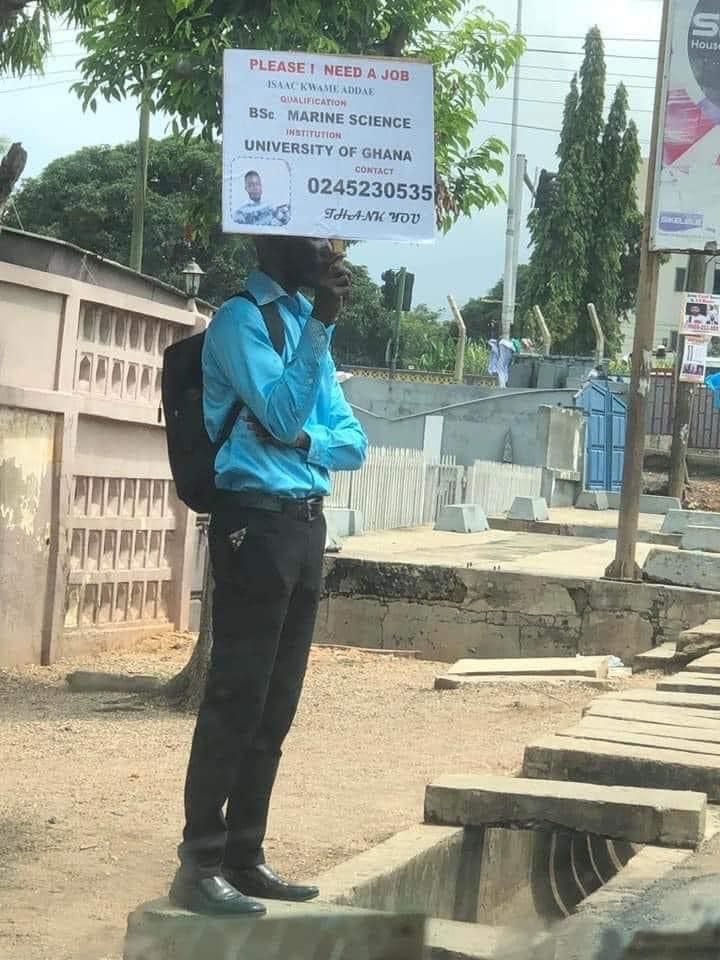 The University of Ghana BSc Marine Science graduate said despite some netizens trolling him over the photo, he was hopeful that his daring move would pay off.

“It was very difficult initially. People kept laughing at me that I decided to move to a different location. When I got there, I was inspired to stay because other people kept telling me I’ll find a job," Mr Addae said in an interview with GHOne TV.

“I can't really tell the number but it will be more than 50 (companies) and individuals as well... Some have offered me a job but I haven't received any feedback yet".

I’ve received calls from over 50 companies offering me jobs and introducing me to the business side of Aquaculture. I’ve sent my CV to them hoping for a positive feedback - Isaac Kwame Addae

He said although he would prefer a job in the marine and fisheries sectors, he was willing to accept any jobs that would put food on his table.

"I have qualifications in Marine and Fisheries so if it is the fisheries aspect I will gladly embrace it. If I also get the Marine Operations Department at the habour, I will grab it," he said.

"I am willing to accept other jobs, once it can put food on the table, I will be ready to adapt and learn," he said.