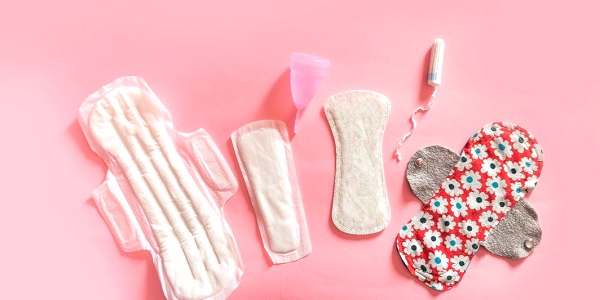 Mr Francis Tayi-Koranteng, the Upper East Regional Director of the National Youth Authority (NYA) says the lack of basic needs including sanitary pads is pushing some teenage girls in the region to engage in transactional sex.

Mr Francis Tayi-Koranteng, the Upper East Regional Director of the National Youth Authority (NYA) says the lack of basic needs including sanitary pads is pushing some teenage girls in the region to engage in transactional sex.

He said poverty and the inability of parents to provide their daughters with sanitary pads and other basic needs was a major cause of increasing teenage pregnancy in the Upper East Region.

Mr Tayi-Koranteng said the situation compelled many adolescent girls in the region to indulge in irresponsible and risky sexual behaviours to meet their basic needs but that most of the time leave them pregnant and they are forced to drop out of school.

He was speaking in Bolgatanga at a review meeting to assess the activities of some youth groups on sexual and reproductive health projects the NYA had been implementing in the districts.

The activities formed part of the United Nations Population Fund (UNFPA) funded Adolescent Sexual and Reproductive Health project being implemented by NYA under the auspices of the Upper East Regional Coordinating Council.

The project is being implemented in six districts, Bongo, Bawku West, Talensi, Nabdam, Kassena-Nankana West and Builsa South and aims at engaging the youth to curb teenage pregnancy.

Mr Tay Koranteng proposed a sustainable policy that would ensure the distribution of free sanitary pads to children especially those from poor backgrounds.

He urged parents to be more responsible in providing accurate information on sexual and reproductive education to their children, especially in their adolescent age and called for support to address the economic needs of poor families.

He proposed skills training for the girls especially those who had dropped out of school and their families, to economically empower them:

"Girls find it difficult to get sanitary pads and money to even feed and if we are to tackle the problem head-on. one of the concrete things we should do is to look at the basic needs of these girls and when the girls are economically empowered it will prevent men from taking advantage of them," he added.

She advised the youth against engaging in unprotected sex which could lead to an unplanned pregnancy and other complications.

She further advised the youth to act as ambassadors and educate their peers on the adverse effects of teenage pregnancy on their future and health and help them make informed decisions regarding their sexual life.

Ms Mary Azika, a Midwife at the Bolgatanga Municipal Health Directorate, noted that health facilities had friendly adolescent health corners where young people could seek information on their reproductive life and encouraged the youth to take advantage of them.

She noted that apart from unwanted pregnancy that could result from irresponsible sexual behaviour, one could contract infections including HIV/AIDS and advised the adolescents who could not abstain to use contraceptives, particularly condoms to protect themselves.