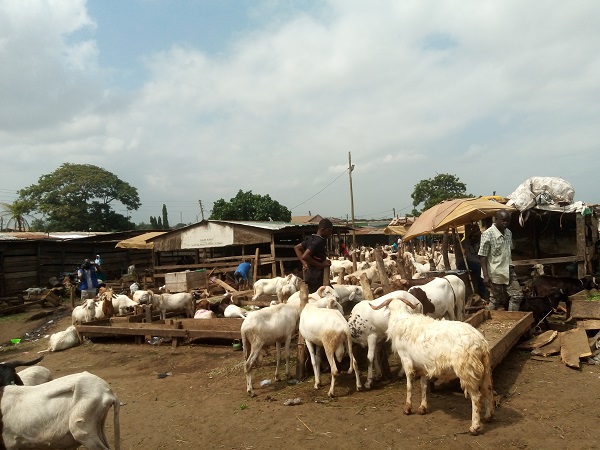 The rise in cattle prices was becoming a challenge as compared to the previous years
30.5k Shares

Every name has a meaning or a circumstance that is associated with it. Turaku, a place that qualifies to be called a “ livestock community” is situated south of 'Bethlehem' and northeast of Ashaiman. It is in the Kpone Katamanso District of the Greater Accra Region.

During a visit by this reporter to the community last Tuesday,the Spokesperson for the community, Mr Ibrahim Mustapha, explained that the name of the area originated from Tureke, an Hausa word that means “stick”. The stick, he said, was what herdsmen tied animals ready for slaughtering.

"With the migration of other tribal groups to the area, the name was corrupted to Tulaku but the right word is Turaku”,he stated. 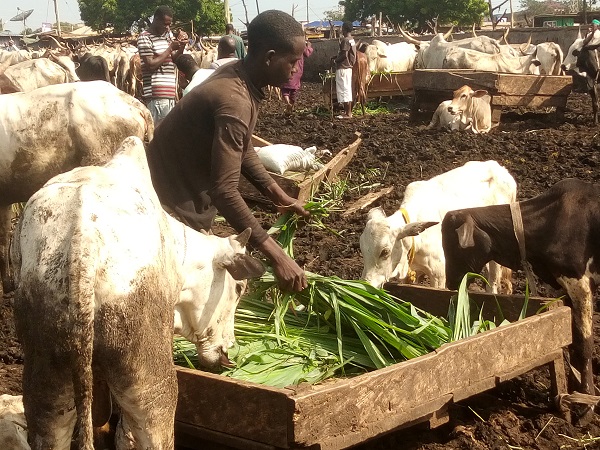 Livelihood
The community comprises 80 per cent Muslims with the remaining 20 per cent being Christians or belonging to other faiths.

Majority of the residents rear livestock such as cattle, sheep and goats. The predominant language spoken in the community is Hausa as majority of the indigenes migrated from neighbouring countries including Burkina Faso and Togo.

Mr Mustapha explained that the Turaku lands belonged to government and that the residents were just caretakers.

"As caretakers of the land, we decided to venture into animal husbandry to fend for ourselves and our families. Officials from the district assembly do come here regularly to monitor our activities to ensure the area remains conducive for their stay and business activities.

Challenges
Mr Mustapha described the community as an eyesore whenever it rained, a situation which he said made their work very difficult.
He said the district chief executive had promised to solve the challenges in the community after the rainy season.
“Whenever it rains, the cow sheds are inundated by flood waters and this endangers the life of the herdsmen and the cattle, we are hoping the assembly will come to our aid to solve this issue." 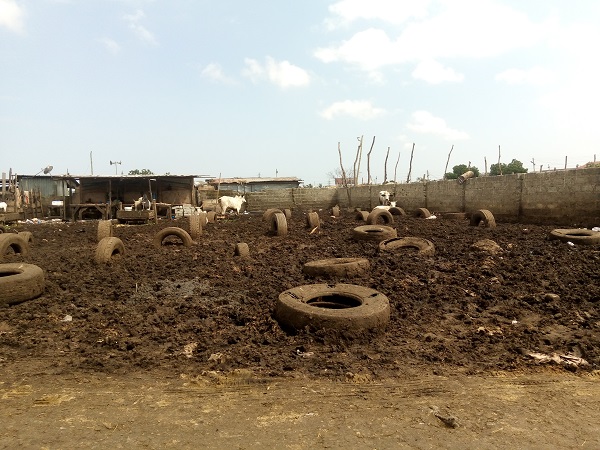 Association
Mr Mustapha said the butchers and sellers had formed an association which report to the Kpone Katamanso Municipality.
The assembly had set up a Veterinary Services Unit, clinic and staff checked the health of animals before they were slaughtered to ensure that the public consumed wholesome meat.

The Health and Environment officer at the slaughter house, Mr Mohammed Adams, said Turaku is the first largest lives stock market in Ghana and international livestock market which imported animals from countries such as Burkina Faso, Niger, Togo and Nigeria.

“Should the government invest more into livestock farming in the country, we would not need to import animals from Mali and Niger.Because the country's livestock population isn’t enough to meet the high demand, we have no option but to import," he added.

Some butchers and traders this reporter spoke to said bad roads to and in the area made transportation difficult anytime it rained. 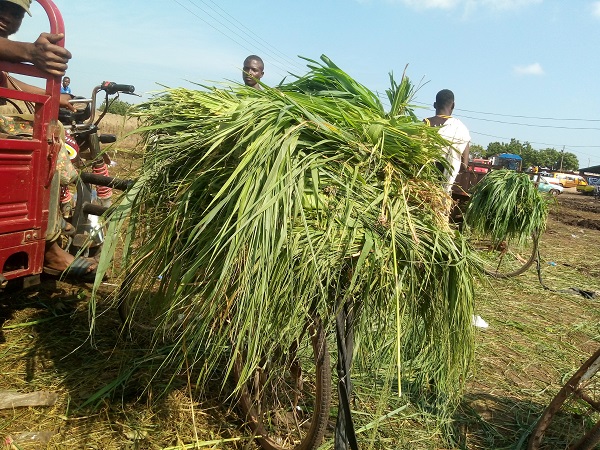 "Sales is picking up as Salah is approaching, until the celebration is over, we pray business continues just like the festive season”, he hoped.
He expressed worry about the high cost of importation of livestock from neighbouring countries.

“Importing livestock is quite expensive these days, this tends to increase the cost of doing business, the exchange rates are high, although the feed is not that expensive, getting it in abundance is quite difficult. Sometimes, you have to travel in order to buy feed”, he said. 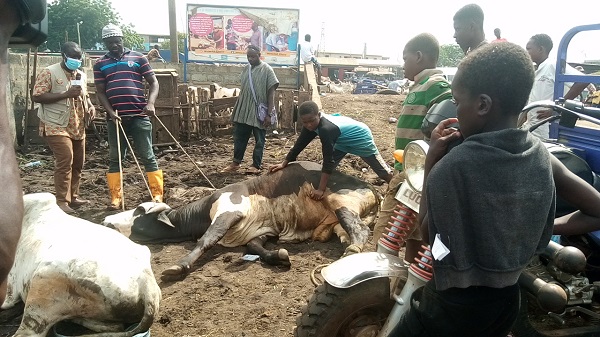