Shine the light on sickle cell 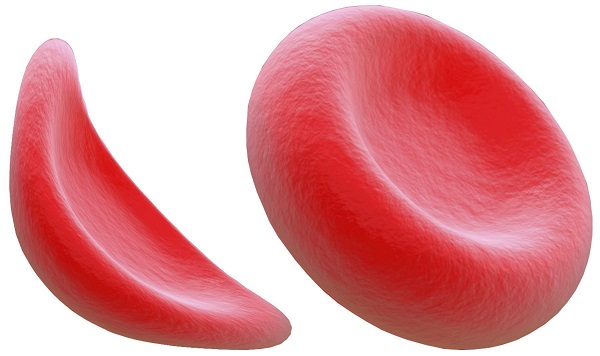 Sunday, June 19, 2022 will be celebrated the world over as World Sickle Cell Awareness Day.

On this day, individuals are encouraged to spread and promote awareness of sickle cell disease on our local, district, region, national sub-region and worldwide levels. The theme for this year is “Shine the Light on Sickle Cell.”

Personally, I also take the opportunity to shine the light on one of most selfless luminaries who devoted his entire life to improve the life and well-being of people living with sickle cell disease. An illustrious son of Ghana, Prof Kwaku Ohene-Frempong, died on May 7 this year in Philadelphia was instrumental in pioneering of newborn screening for sickle cell in Ghana. Ghana has indeed lost a son, his family- a cherished gem and the world- a truly remarkable dedicated and committed gentleman.

What is sickle cell and how is it inherited?
The blood of each of us comprises different cells, one of which is the red blood cells. The function of the red blood cells is to transport oxygen from the lungs to various parts of the body where it is utilised for normal functioning of our systems.

The underlying abnormality is that in sickle cell disease, the red blood cells (RBCs) are abnormally shaped. The cells change from the normal round, doughnut shape to the elongated shape of a sickle, or letter "C." Sickled cells become stiff and pointed, unlike normal RBCs which move easily through small blood vessels. The sickle shape predisposes these red cells to have a tendency to get stuck in narrow blood vessels and block blood flow.

This can cause severe pain and lead to organ damage because the cells are deprived of oxygen. Sickled red blood cells have a shorter-than-normal lifespan, which leads to a low red blood cell count called anaemia. Normal red blood cells can live up to approximately 120 days, whereas abnormal sickled cells live for only 10 to 20 days.

When one parent carries the trait and the other actually has the disease, the odds increase to 50 per cent that a child born to them will inherit the disease.

It is worth noting that one in four (25 per cent) chance of having a child with the disease when both parents have the trait simply means that with each pregnancy, there is a 25 per cent chance of having a child with sickle cell disease. It is not that when you have four children, then one of them will have the disease. It could be that if a couple who are both traits decide to have three children, all three could have the disease, all three could escape the disease or there may have a mix of the various combinations.

Symptoms
Symptoms of sickle cell disease can vary and range from mild to severe. The symptoms also vary depending on whether the abnormal hemoglobin combination is SS, SC or the other types. Those with SS combination tend to have more severe manifestation of the disease compared to the SC counterparts. Most children with sickle cell disease have anemia and may develop one or more of the following conditions and symptoms as part of the disorder:

Hand-foot syndrome (dactylitis) — Painful swelling of the hands and feet below two years of age.
Infection — People with sickle cell anemia are at an increased risk for certain bacterial infections.

Painful crises - Pain can occur in any part of the body and may be caused by cold or dehydration or stress.
Splenic sequestration crises - The spleen becomes enlarged by trapping the abnormal RBC's. This leads to fewer cells in the general circulation and worsens the anemia with sometimes fatal consequences.

Besides a bone marrow transplant, there is no known cure for sickle cell disease. Transplants can become a complicated procedure and currently in its infantile stage in Ghana. However, even after bone marrow transplant the disease may be cured in the individual but it can still be transmitted to his/her children as the defect is locked on the genes.

Even without a cure, people with sickle cell disease can lead very normal lives. Certain types of medication can be taken to help manage the pain and other complications. Immunisations help prevent infections. Infants and young children usually require two daily doses of penicillin, until they are at least five years old. They should also be fully immunised with all regular childhood vaccinations.

Daily vitamin supplements, such as folic acid which help in new red cell production is routinely given. There are other drugs that increase fetal haemoglobin (HbF), a relatively better haemoglobin. An example is Hydroxyurea, which interferes with the sickling process and makes red blood cells less sticky. This helps to decrease the number and intensity of painful episodes and other complications.

Gradually, more people living with the condition are gaining access to hydroxyurea in Ghana including children. People with SCD should also drink plenty of fluids to avoid dehydration and try to get a lot more rest.

Early detection of this condition is priceless and available in some selected tertiary hospitals. The introduction into our expanded program of immunisation, of the pneumococcal and meningococcal vaccines has been a big plus for this condition. Detection of risk factors for stroke is done with transcranial doppler ultrasound. Perhaps the single most important measure is educating the populace about knowing their sickle cell status whilst in school before they start developing feelings for the opposite sex. In this respect, certain organisations have been helpful particularly, the Sickle Cell Condition Advocates (SICCA) which is spearheading nationwide education and testing as well as establishing sickle cell clinics nationwide. However, we all have a part to play. So, wherever we are, let's play our part in creating awareness on sickle cell disease.

The writer is a member of Paediatric society of Ghana.
Writer’s e-mail: This email address is being protected from spambots. You need JavaScript enabled to view it.