See the world’s most expensive cities to live in [LIST] 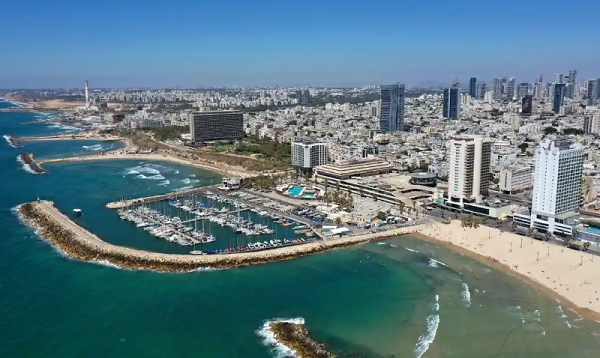 Tel Aviv has supplanted Hong Kong, Paris and Zurich as the most expensive city in the world, according to an annual study by The Economist Photograph: Gil Cohen-Magen/AFP/Getty Images
30.5k Shares

Tel Aviv has been ranked the world’s most expensive city to live in thanks to the rapid rise in inflation that has pushed up the cost of a whole range of goods and services across the world in the wake of the coronavirus pandemic.

The Israeli city climbed five spots in the past 12 months to take the unwanted title away from last year’s joint winners of Paris, Hong Kong and Zurich, according to the authoritative ranking system compiled by the Economist Intelligence Unit (EIU).

The French capital was joint second with Singapore, while Zurich and Hong Kong made up the rest of the top five. New York was in sixth, with Geneva in seventh, and Copenhagen, Los Angeles and Osaka rounding off the Top 10.

London rose three spots to 17 in the annual ranking, with Sydney up one to 14, and Melbourne up two to 16.

Tel Aviv’s surge up the table was partly due to the strength of the national currency, the shekel, against the dollar, as well increases in prices for transport and groceries.

It was ranked the second most expensive city for alcohol and transport, and fifth for personal care and sixth for recreation. It made the top third in all 10 of the EIU’s major spending categories, with its index score up by 5 points since last year.

The dislocation of the global economy as it recovers from the stop-start impact of pandemic-enforced lockdowns this year played a large part in the shake-up of the rankings.

The price of energy and food have rocketed in some countries thanks to restrictions on trade, labour shortages and ongoing supply chain bottlenecks. The average cost of a litre of unleaded petrol has soared by 21%, the survey found.

The data on 50,000 goods and services in 173 cities was collected in August and September as prices for freight and commodities rose. On average, prices rose 3.5% in local currency terms – the fastest inflation rate recorded over the past five years. The survey includes rental costs, but does not factor in property prices.

Upasana Dutt, head of worldwide cost of living at the EIU, said: “We can clearly see the impact in this year’s index, with the rise in petrol prices particularly stark,” adding that while central banks are expected to raise interest rates cautiously, reducing inflation.

Forty new cities were added to the rankings this year. The Scottish capital Edinburgh was the highest new entry on the charts, coming in at joint 27th on a par with cities with a high cost of living such as Auckland and Minneapolis. Two other new cities –Stuttgart and San Diego – also entered in the Top 50.

Rome saw the biggest drop as it fell 16 places to 48, with a particularly sharp decline in the cost of groceries and clothing. Bangkok and Lima were the second-biggest movers down the rankings, with significant declines in all categories.

Tehran was the biggest climber after it leapt 50 places to 29th thanks to continued supply-side constraints, goods shortages and rising import prices after the reimposition of US sanctions.

The average inflation figure does not include four cities with exceptionally high rates: Caracas, Damascus, Buenos Aires and Tehran.

Damascus was ranked the world’s cheapest city to live in, followed by Tripoli in Libya and Tashkent, the capital of Uzbekistan.

The most expensive cities in the world 2021;