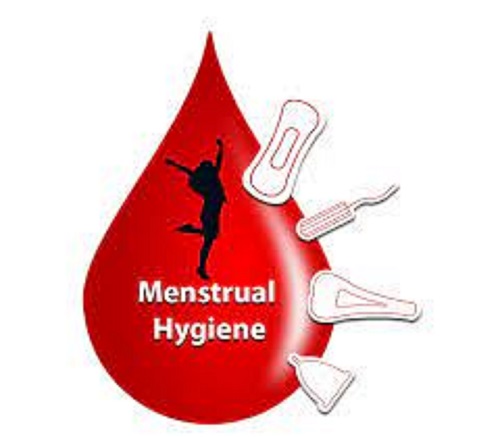 The best support for girls is the one that helps them to take ownership of their menstruation,
30.5k Shares

As laudable as the idea of setting a day aside annually to raise awareness of pertinent issues across communities, it dampens the heart that attention wanes after the day and everybody goes back to the routine.

New issues that crop up to complicate existing ones might not get the necessary attention until the year rounds up again.

That is the sure path to regression. Maintaining the conversation on pertinent issues might expedite sustainable progress. It has rightly been stressed that menstruation poverty requires constant national dialogue. In the June 13, 2022, edition of the Daily Graphic, a reporter, Rebecca Kwei, urged Ghanaians to maintain the conversation on menstruation.

In her September 3, 2022, article, Ms Ajoa Yeboah-Afari reiterated the call for continuous engagement on the topic in her Thoughts of a Native Daughter column in The Mirror. The writers approach the topic of menstruation poverty from different angles but converge on the theme of dropping import taxes on sanitary towels to enhance affordability for all girls. They also advocate the free distribution of period products to reduce girls’ school absenteeism.

Intimate body function
Being a body function rooted in utmost female intimacy, the slightest concession on menstruation implies a violent disruption of privacy. Even in a girls’ dormitory, dressing under the watchful eyes of other girls raised the self-consciousness of a girl in her cycle. Every girl knows her cycle, so the number of pads sent to school matched the length of a term. However, the biological makeup could go whacky at will and create a shortage for a girl. Even on those rare occasions, asking (a) closest friend(s) for a supplementary pad was done unobtrusively. In retrospect, those were privileged situations in the 80s.

Soiling self remains a most embarrassing situation for a girl, even to traumatic dimensions. Therefore, the discussion on menstrual hygiene/health should be wrapped in a cloud of utmost sensitivity and respect, not be warped by mercenary motives. Help should neither be intrusive nor patronising but rather epitomise affirmation of female dignity. Conversely, girls need the courage to own their menstruation to avert various forms of female degradation.

There have been several calls to the government to reduce various taxes on imported sanitary materials to create equity in accessibility. Others advocate the free distribution of pads. Some advocates will like a review of VAT on locally manufactured pads. Magnanimous points but some have the potential to deepen the disturbing dependency psyche which remains the root of national retrogression.

Therefore, the conversation must also be driven by current, raving economic reality. Considering the high birth rate, high female numbers and the early commencing of menarche, sanitary material demand will maintain a constant rising curve. In such critical times of escalating national debt and inflation, is it realistic to feed a dependency culture around menstruation and hope for sustainability?

The role of Parents
Parental responsibility in handling menstruation poverty must never be glossed in targeted period conversations. Any agency involved in the advocacy must consistently prompt parents to take on their primary role in providing for their dependent daughters. The fact that their neglect has potential to hurl girls into the arms of unscrupulous males, with potential consequences of unwanted pregnancy and premature birth, which deepens family poverty ought to interest neglectful parents. The reasoning that it is less costly to provide menstruation materials for their girl child than have a whole human addition to the family should also never be spared such parents. Responsible childbirth should be harped on.

Non-governmental organisations (NGOs) and other menstrual hygiene advocacy groups could rope in the Department of Social Welfare for collaboration to heighten parental education that providing menstrual material is part of the latter’s maintenance responsibility. Minors should be able to report parents who renege on that responsibility to the department. There ought to be some gentle penalisation, such as counselling or a fine to the tune of one sanitary pack, for delinquent parents who compromise their daughters’ dignity. A sense of accountability also constitutes an effective solution.

Ownership through education
The best support for girls is the one that helps them to take ownership of their menstruation, not one which emphasises their poverty status. Weaning girls from the dependency mentality is also a crucial part of the solution. An NGO in Uganda helps girls to make reusable sanitary napkins. How about targeting that through Creative Arts and Social Skills subjects at the basic and secondary levels respectively in Ghana? Production materials could be explored through interdisciplinary collaboration.

Exploring the current practical-based curriculum concept to teach lifelong skills in designing and producing sanitary towels locally, by girls, would constitute the most sustainable form of empowerment. Such a move is arguable pragmatic: the government might be compelled by a struggling economy to uphold existing taxes on menstruation materials or put a cap on the period of a tax freeze. Corporate bodies will always be motivated by profit, not by girl needs. If a cross-section of the neediest can be helped to self-produce sanitary napkins, it would not only dignify them but also set some of them on a possible career path. A do-it-yourself approach is a much more viable option for exploration.

The writer is a senior lecturer at Takoradi Technical University
Takoradi.