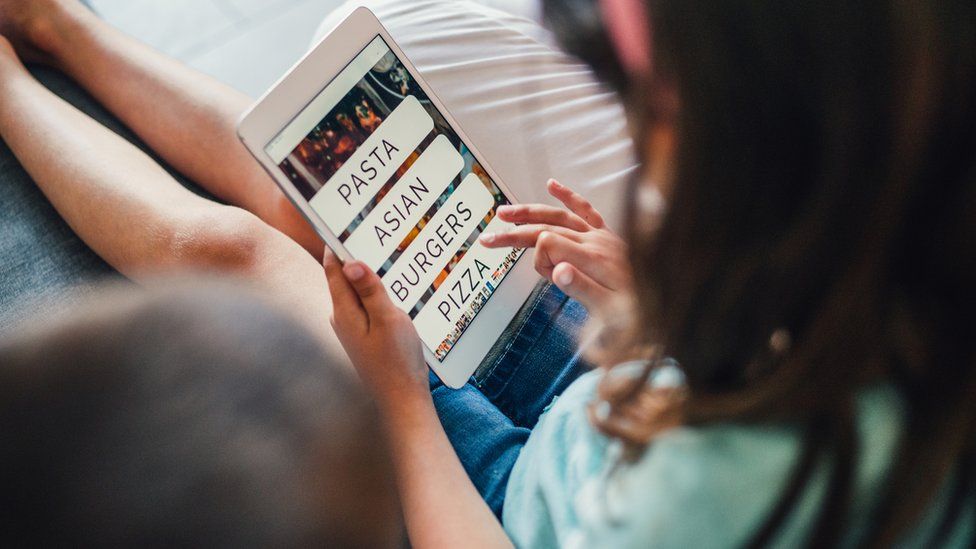 How children use meal-delivery apps and the rising popularity of online gaming could be driving obesity across Europe, the World Health Organization has said.

No European country is on track to stop obesity rising by 2025, the WHO says.

Nearly 60% of adults and a third of children are overweight or obese - and the Covid pandemic has made that worse.

It suggests restricting the marketing of unhealthy foods to children, cutting the cost of healthy food and encouraging all ages to exercise more.

The WHO European Regional Obesity Report 2022 says rates of overweight and obesity have reached "epidemic proportions", with only the Americas having a higher level of obese adults than Europe.

It estimates the problem is causing 1.2 million deaths every year in Europe - 13% of all deaths.

Complex challenge
Obesity increases the risk of many diseases, including 13 types of cancer, type-2 diabetes and chronic respiratory conditions. It is also the main cause of disability, the report says.

Obesity is "a complex disease" and much more than the combination of an unhealthy diet and a lack of physical activity, it points out.

"The countries in our region are incredibly diverse but everyone is challenged to some degree."

But "we can change the trajectory of obesity in the region" by developing strong health systems, he said.

Europe's highly digitalised food environments affect what, when and how people eat and should be monitored more closely, the report says.

Meal-delivery apps, for example, play a significant role in increasing the consumption of high-fat and high-sugar food and drinks.

UK research suggests eating a takeaway meal means consuming 200 more calories per day, on average, than food prepared at home. Over the course of a week, this could mean a child eating the equivalent of an extra day's worth of calories.

But the report also suggests online food and meal delivery systems can be used in a positive way to improve diets, access to healthy food and wellbeing.

Online gaming, which is hugely popular among children, has also been linked to poorer diet, unhealthy behaviour and more time sitting rather than being active.

But again, the WHO says this technology could be harnessed to improve the physical and mental health of young people.

In the European region, the UK:

Across Europe, being overweight or obese affects:

In the UK, some policies have been introduced to tackle obesity. They include large restaurants and cafes being required by law to show calorie information, with a similar system being considered for Scotland.

In the autumn in England, 'buy one, get one free' (BOGOF) promotions will start to be phased out after research showed they encouraged people to buy 20% more food than they needed.

There is also a plan to ban TV adverts for food high in sugar, salt and fat before 9pm across the UK.