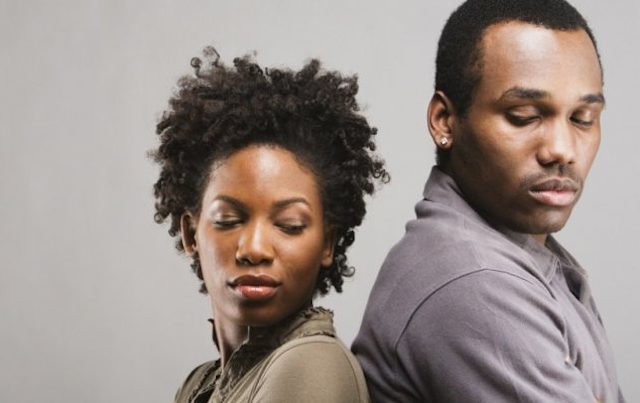 Couples cohabit for many reasons

IN Ghana, there are so many reasons why two lovers would move in together.

These are:
-To get to know each other better
-Already preparing for marriage
-Not having enough money to formalise their union but not wanting to be apart
-To save money for a future project not necessarily getting married
-One of the partner’s rent advance is finished so moving in makes economic sense among others.

But although some of the reasons for cohabiting might be noble and not usually ending in marriage of course, there is cause to worry because some of them might actually be scam.

So follow me and let me give you some of the cohabiting situations that are entirely false and guaranteed to give an unsuspecting partner broken heart.

#1 Help me finish my course
Anita was a poor girl from a village who had gotten entry into the university. She had had to sell different items just to be able to afford her fees.

Every semester, she had to wait for the student’s loan to pay for part of her fees and also books. Life was hard but she was determined to finish school at all costs.

Then she met Michael. He was handsome, very rich and in love with her. She was astounded that somebody like him would even express interest in her.

After they had dated for a while, he invited her to move in with him. She eagerly agreed because his place was luxuriously furnished.

He paid for her school fees and bought everything she wanted. She was now living a good life and enjoying herself for once. At Level 300, she got pregnant. She was so convinced of their love that she ecstatically told him.

Then he dropped the bomb. He had only wanted to be with her until they finished school. She couldn't believe it but he broke up with her, drove her out of his house and gave her money to abort the baby.

She couldn’t abort it as she needed the money to feed and take care of herself. So there she was, poor and with a child but no man in her life.

This story is not peculiar and has been happening over the years. Guys and ladies in our various tertiary institutions move in with each other but most often than not, the guys just want someone to warm their beds for the duration of their schooling.

Of course this is not limited to the guys as some ladies also use their boyfriends in order to avoid paying for rent, utilities etc.

So ladies if your boyfriend invites you to move in with him, be careful. It might just be because he needs a bed warmer and not necessarily someone he wants to marry in future.

He is handsome, charming and ready to help you anyway he can. He likes visiting you at home and doesn't mind staying overnight or for as many nights as you'll allow him to.

He's willing to shop and cook for you and mostly talks about how great it will be if the two of you two stayed together.

As you go on falling for him more and more, you find yourself liking the thought of living with him.

He could drop subtle hints or ask you plainly, because you like having him around so much you agree and allow him to move in with you. Months later or even years when you break up, he moves in with someone else.

The mission of the Serial live-in boyfriend is simple: get a woman who has her own apartment and move in with her.

The lady might think that the guy loves her but to him, he is just a boyfriend being paid to be with her. Call him a gigolo, male prostitute, he doesn't really care. He wants money and doesn't care sleeping with someone to get it.

Such guys would move in and sometimes treat the girl like their maid because in their minds, they are paying for their room and boarding through sex. Scam

Akosua had always shared her dream of meeting someone who would love her and her child. She was elated when she met Nigel who spoke about making a family with her. They met in an online group and within 30 minutes were chatting like old friends.

He shared how much he wanted to be with someone like her and she swallowed his words hook, line, sinker. They met and he found a way of making her know how much he preferred visiting her.

He visited her often and virtually moved in with her. After some weeks, she realised he was cheating with another girl.

He callously told her that he wasn’t married to her and packed out of the house. He'd only used her to while away his time.

There are various reasons why married men will choose to cohabit with another woman. They want out of their marriage.

Or, they want a place to stay during separation. But there are some married men who will not tell their new girlfriends they are married and will move in with them.

The new woman will be his live-in mistress while his wife might or not be aware. Such relationships are unfortunately more common than is reported. Some ladies also do this but seldom cohabit with their 'scammees'

In conclusion, there are so many ways men and even women are scamming their partners just to get a place to sleep.

That is why before you agree to move in together without the benefit of marriage, you need to ask yourself if it's really worth it.

The writer is a Relationship Speaker
Email: This email address is being protected from spambots. You need JavaScript enabled to view it.